I was genuinely impressed this morning with the Metro’s double-page spread about photographers’ rights. I love to see papers campaigning on issues of civil liberties and freedom, and I was particularly impressed with the fact that Metro produced a simple layman’s terms explanation of photographers rights in a cut-out-and-keep format. You can find the online version of Etan Smallman’s report here - “It’s enough to make you snap”. They don’t seem to have made the advice available in anything other than a jpg though, so I’ve written it out below. 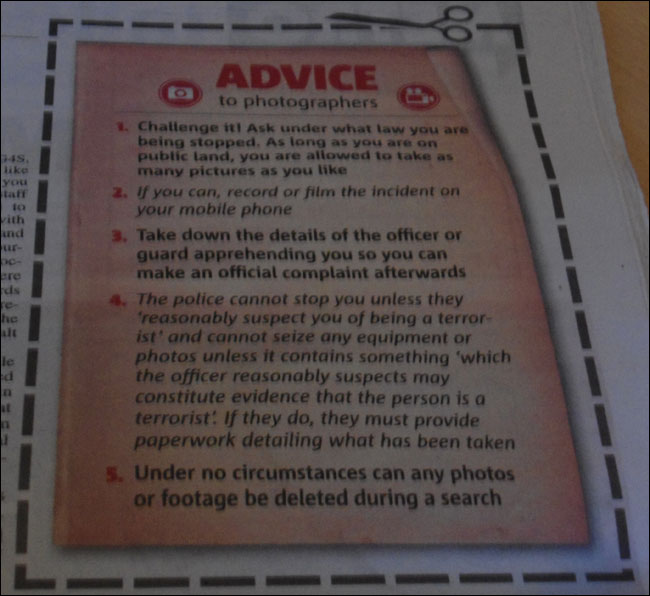 The police can stop you taking photographs if you're causing stress/harassment, whether you're on public land or not