Three things in need of a catchy headline

A quick update on three things I’ve recently been involved with at the Guardian.

We are running a small beta test of having threaded comments. I am intrigued to see whether it improves the flow of conversation in the areas we are testing - Music and Books - or whether it runs the risk of amplifying chit-chat and cliques in the comments. It is a much requested feature, but there are plenty of people out there who hate threading. You can join in the test on this blog post I’ve written about it, and shortly on various other threads chosen by our Culture community co-ordinators Hannah Freeman and Adam Boult. 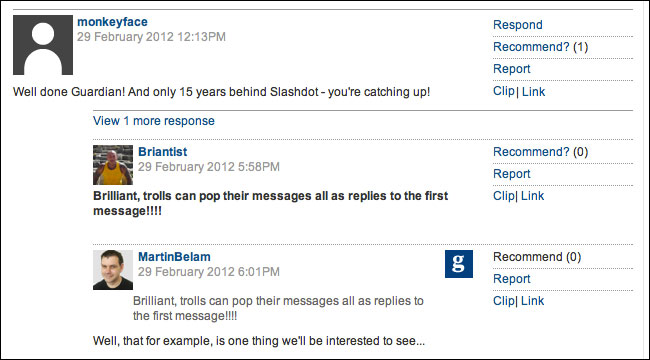 Of course, the first comment was “Well done Guardian! And only 15 years behind Slashdot - you're catching up!”

I wrote a piece for Comment is free yesterday entitled “The Raspberry Pi: reviving the lost art of children's computer programming”, which follows up on some of the themes I wrote about on here in January: “Digital literacy for all - still a long way to go...”

As part of it, the Guardian republished the 1983 Observer advert for Sinclair Computing that I spotted in our archive. You can read the full text here - “Steam multiplied muscle, but computers multiply thought” 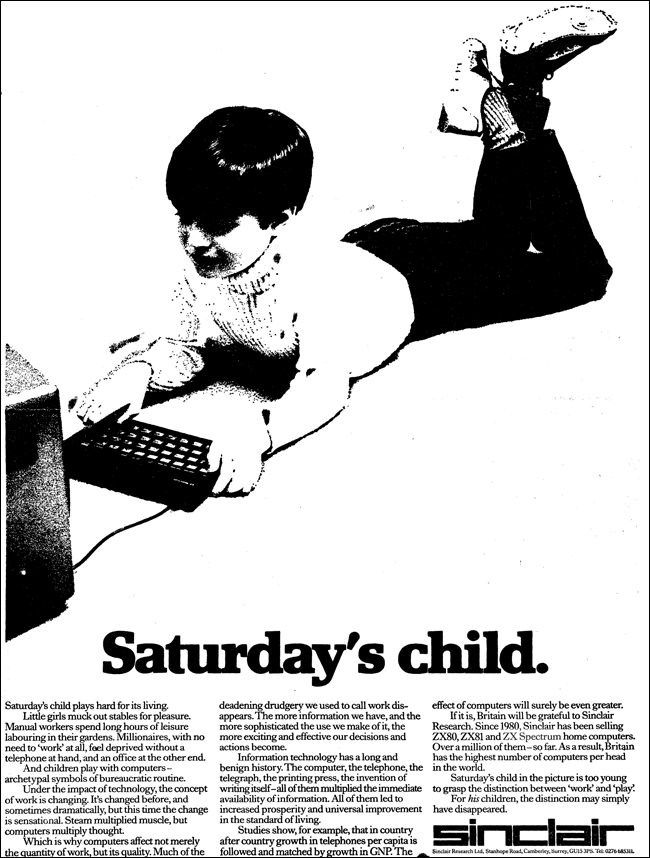 It also means I am running the gauntlet of one of the recent features we added to comment pieces in our Facebook app - do people agree with me? 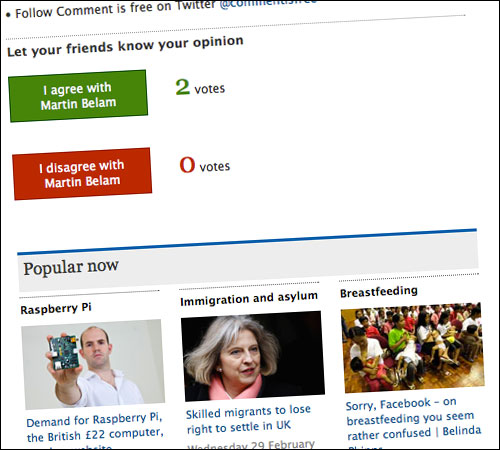 Oh, and don’t look at how we spelt raspberry in the URL...

Later today I will be taking part in a live Guardian Q&A session looking at how to get into a web development career. It starts at 1pm.

Read other recent posts about: The Guardian