The question that would not die. A decade of people asking “Are bloggers journalists?”

I thought I’d fallen asleep and been transported back to 1997 today when I saw a tweet from Media Bistro asking “Are bloggers #journalists?”

After issuing a caps lock ranting frenzy on Twitter, I thought I’d try and get something positive from the experience, so I tried to find the first time anybody asked “Are bloggers journalists?” that still survived on the web.

In September/October 2003, Matt Welch wrote “The new amateur journalists weigh in” for the Columbia Journalism Review, which included this:

“Are bloggers journalists? Will they soon replace newspapers? The best answer to those two questions is: those are two really dumb questions; enough hot air has been expended in their name already. A more productive, tangible line of inquiry is: Is journalism being produced by blogs, is it interesting, and how should journalists react to it? The answers, by my lights, are ‘yes,’ ‘yes,’ and ‘in many ways.’”

Earlier than that, in January 2003, Media Matters covered the topic in a segment entitled “A trip to the blogosphere”. The PDF I found included a lesson plan called “Is blogging journalism?”

“The purpose of this activity is for students to better understand the similarities and difference between blogs and traditional journalism. Students will discuss the pros and cons of each medium and decide whether or not blogs qualify as journalism.”

The plan asked teachers to get their pupils to pick five blogs and then have them note the following:

The students were then to be asked to “read selections from the traditional media publications, noting the style, tone, political leanings and content.”

Finally the teacher is instructed “Have the students separate themselves into two groups: those who argue blogging is journalism and those who argue it isn’t. have each group compile evidence and reasoning for its argument. Hold a class debate”

The earliest explicit mention of the question I have been able to unearth via Google though is from 11th April 2002. On David F. Gallagher’s blog of pictures of New York City, he posted a link to an article entitled “Are bloggers journalists?” with the URL microcontentnews.com/articles/bloggingjournalism.htm. Sadly microcontentnews.com has disappeared, so I can’t retrieve the actual piece.

There is something lovely and poetic about it all. I was moved to do the research because of that tweet today, and it turns out that we are just a few days away from the ten year anniversary of the first reference I can find on Google to the question “Are bloggers journalists?”

As Paul Bradshaw put it best, you might as well ask “Is ice cream strawberry?” 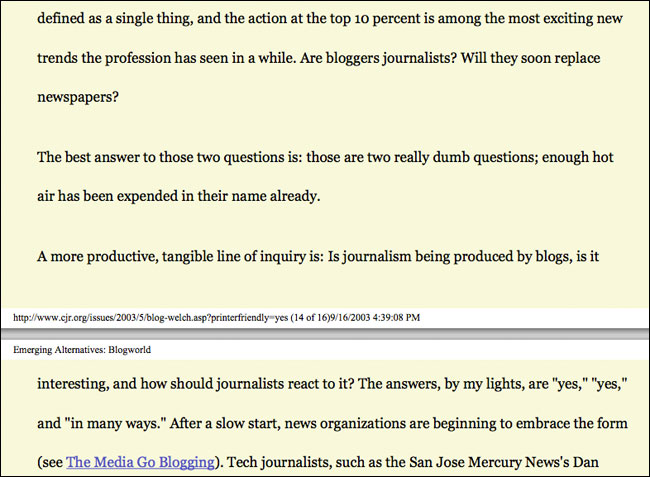 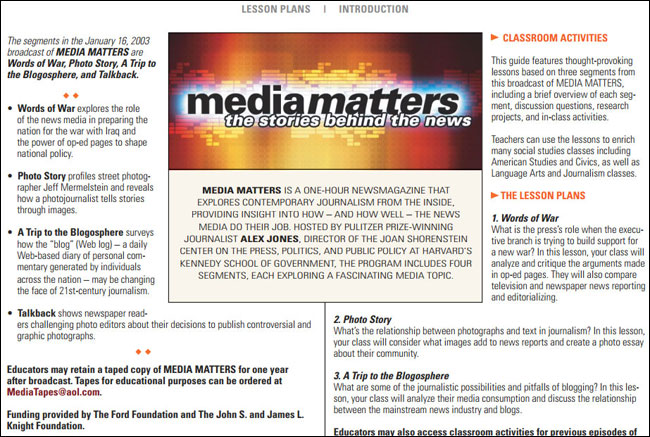 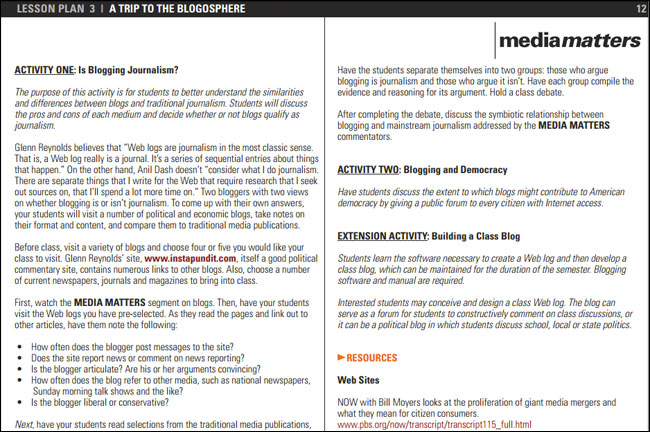 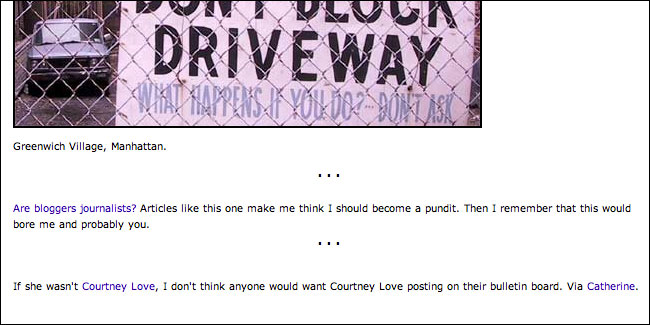 You can read the 2002 article on the Internet Archive

Does 'are webloggers journalists?' count?