At some point yesterday, actual human beings who actually call themselves journalists decided that the verdict in the Stephen Lawrence trial wasn’t the most important news story in the UK. Instead they decided to lead with a PR puff piece. 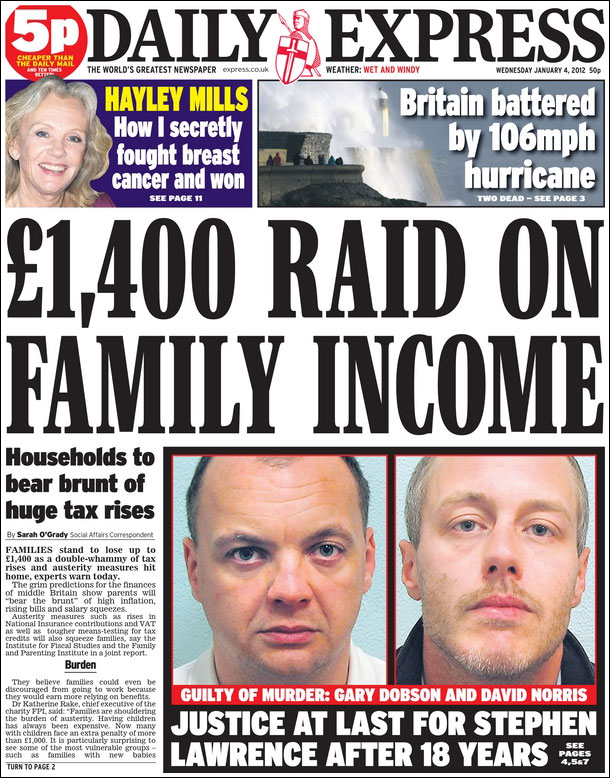 Even by the standards of the Express - and this blog post brilliantly exposes what a joke the paper has become by listing twelve months worth of ludicrous headlines - this must mark some new kind of low.

Let’s be clear, at the time of writing, one of the groups involved in the study, the Institute for Fiscal Studies hasn’t even bothered to update their website or Twitter stream with the “news” themselves. But for the Express, regurgitating this press release has trumped one of the most keenly awaited jury verdicts of the last twenty years.

If I’d been involved in putting that front page together, I’d be embarrassed to continue working in the media.