Do psychics now pose just as big a threat to journalistic verification skills as social media?

There is a lovely coy line in this BBC report about the hoax call about mass graves in Texas last night:

“US police say there were no bodies found at a house in east Texas, where an anonymous caller claiming to be a psychic said there was a mass grave. US media earlier reported there were up to 30 dismembered bodies including children buried there.”

Just the US media reported it you say?

Well, a psychic tipped me off that if you had been lurking on the interwebs late last night, you might have spotted these two very British media outlets covering it. The breaking news strap on the BBC site in particular appears to carry absolutely no qualification of the headline... 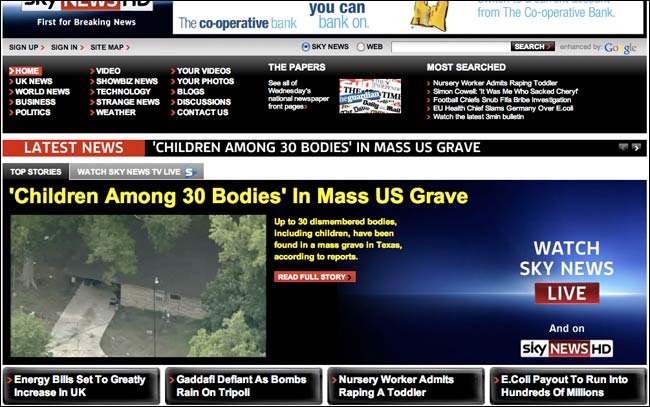 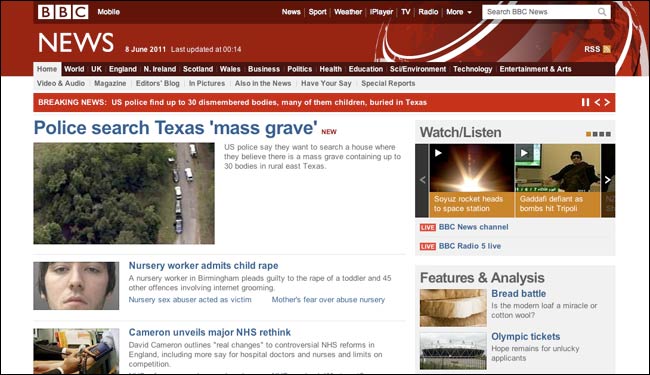 It does demonstrate that the rush to get a story on air before it has been fully verified isn’t just something that happens when news is being broken on social media.

Slightly better use of quote marks on the BBC piece thank goodness. I'm still puzzling over why the police took a tip from a psychic, let alone why the media ran with it.

Good piece on "the public's [and media's] docile acceptance of psychics" by Charlie Brooker here. http://www.guardian.co.uk/commentisfree/2006/dec/04/television.comment

Sometimes you just have to wonder what the heck at the overall quality of journalism these days. Then again, I could say similar about the quality of radio sportscasters, furniture construction and automobile manufacturers.

I really believe our mentality, as society as a whole is changing to a disposable mindset where quality is devalued in light of cost and expediency.

I think NewsThump summed it up quite well in their article. :o)