The Mail Online, the N-word, and their American audience

I noticed an interesting editorial difference between the print and online version of the Mail on Sunday’s piece by Ben Douglas about being called “the N-word” at the BAFTAs. Online, the piece finishes with the following disclaimer:

“*Editor’s note: The racist word used here is not one that we would normally spell out in full. However Ben Douglas, who wrote this piece for the Mail On Sunday newspaper, is adamant that he wants readers to appreciate the full ugliness of the word and we have bowed to his author’s prerogative.”

In print this disclaimer for the language used does not appear. 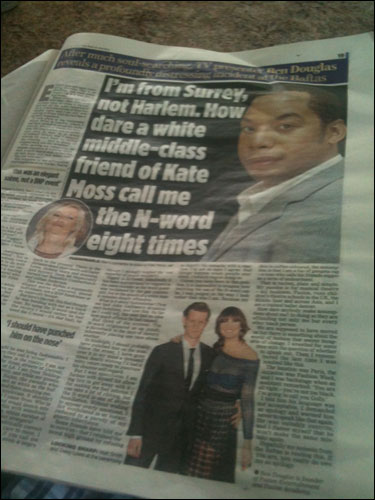 One of the issues for British publications is how the tone of an article might be perceived by an international audience, and I did wonder if the note was intended for the site’s considerable American audience, who may be more sensitive about seeing the word spelled out in full than their British counterparts.

They haven’t previously been so concerned.

The trouble with claiming online that “The racist word used here is not one that we would normally spell out in full” is that you can actually check online. A quick search of the Mail site reveals they have 83 articles that feature the full spelling of the word, five of which have been published in the last 18 months. In fairness, in those last five cases it has been either part of a direct quote or the title of a book or report - but it is difficult to believe that the “author’s prerogative” was why it has appeared so many times on the site in total. Odd all round.