Too much David Tennant on TV? More like too many politicians if you ask me...

I couldn't let the regeneration of the Doctor pass without comment, and I really need to get something off my chest about the story. 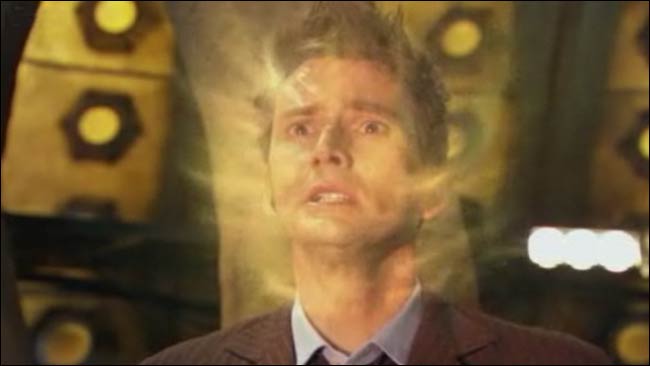 No, not "The End Of Time" itself, but the story that there was too much Tennant on TV over Christmas.

What annoyed me wasn't that somehow a three hour TV production of Hamlet got classified as 'promotional appearance for Doctor Who Christmas special' in order to bump up the number of times Tennant was plugging his exit, it was this quote from Conservative MP Nigel Evans:

"I know thanks to digital TV we have 200 channels, but 200 channels of David Tennant doesn't seem to be much choice."

It is patently obvious that David Tennant wasn't the only thing on 200 channels.

Nobody was claiming that Tennant was the only thing appearing on 200 channels.

Yet that is the meaningless soundbite that comes out of our politicians on the non-issue.

Evans, who used to be part of the Culture and Media committee at Westminster, could in a few months time find himself considered one of the experts on media legislation and regulation in an incoming Conservative government. And they wonder why people are disillusioned and find our current crop of politicians to be so vacuous...

I totally agree. I didn't really see that much David Tennant on TV over the Christmas period, and what I did see of him was perfectly bearable. If people are complaining of too much David Tennant they could quite easily switch TV channels or find something else to do.

Surely Nigel Evans was just making a joke? It did seem to me that Tennant was omnipresent on the BBC this Christmas: Hamlet, Dr Who, quiz appearances (repeated), breakfast TV and other interviews, radio programmes, and countless showings of the Dr Who promo. And yes, I did turn over. Well, tried - the promos in particular were hard to escape.

It's worth noting that Evans isn't part of the Culture, Media and Sport Select Committee. I know the Mail says he is, but despite there being three journalists credited for this "story" none of them bothered to check the facts in it. He isn't, and hasn't been for some time.

Thanks Phazer, before posting I did actually try to verify that using They Work For You and saw he wasn't listed there, and then, for whatever bizarre reason, assumed the Mail must know better than me or them. Too much mulled wine over Christmas probably my only excuse there. I've corrected the post.