Our old house in Chania was almost next door to a 1940s era war memorial to the Nazi parachute regiments that invaded the island during the Second World War. The Battle for Crete was a bloody one, with the Germans initially suffering heavy losses in their airborne assault, followed by several years of local resistance and accompanying brutal reprisals.

Until the early 2000s this monument, erected during the war, stood mostly intact. The swastika held in the talons of the eagle atop the monument had been covered over by cement, but otherwise it stood as it did during the war. It even gave the name to our local area - 'Germaniko pouli' meaning 'German bird'. 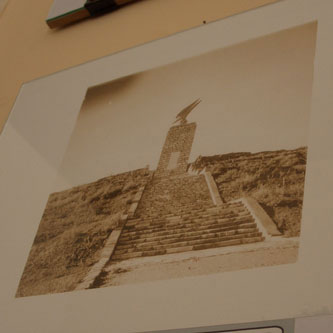 By the time we moved to Crete, the eagle had fallen - either knocked over in storm, blown off with dynamite, or pulled down in the night by being attached to a truck, depending on who you listened to. The monument was also scarred with graffiti. 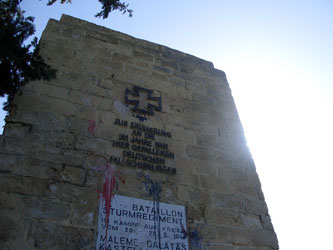 Whilst I lived in Crete I tried to find as many pictures as I could about the history of the monument. I found it incredibly respectful and tolerant of the local population to leave it, until recent times, mostly intact.

Last year, just as we were preparing to leave Crete, I got sent some photos of the monument that appear to have been taken during the 1980s or 1990s. They came from someone who had bought a stack of photo albums at a car boot sale in England, and then found that they still had photographs in. These appeared to show a couple visiting Crete, and paying their respects at both British and German war memorials on the island.

"Since one car boot looks much like another, we have no way of returning them. The thought then occurred to me that it might be a good idea to post some of the pictures on the Flickr website and see if anybody recognises the man and women in the photos. I release that Flickr has a vast collection of pics, but hoping that somebody will come across a photo by chance is rather a forlorn hope. Far better if I can assign a few key words to each photo. That way the Google image search engine has better chance of throwing up a result."

Since some of the photographs depicted the Germaniko Pouli war memorial they got in touch with me to ask if I could help with dating them. Which I can't really, aside from being sure that they are pre-2000, and likely to be 1980s rather than 1990s, judging by the lack of development in the surrounding area. 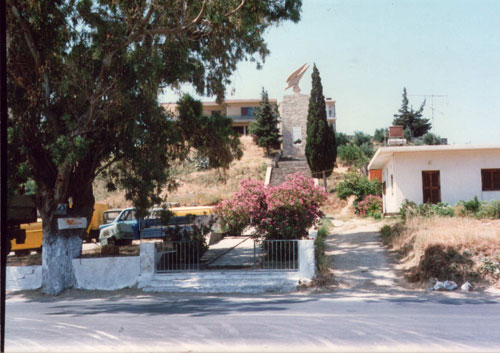 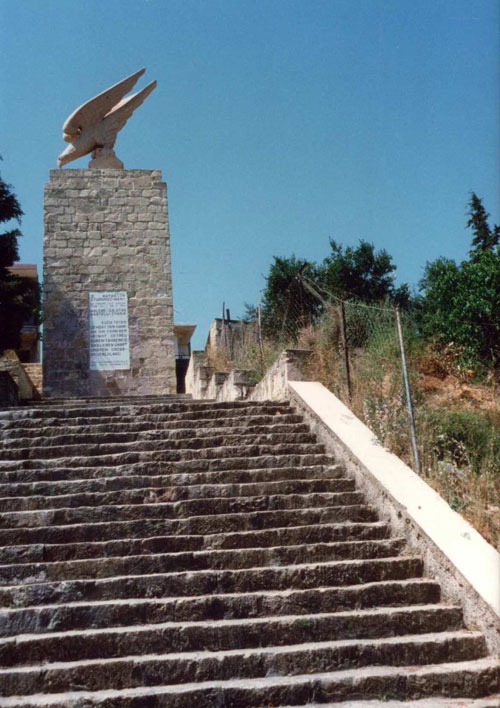 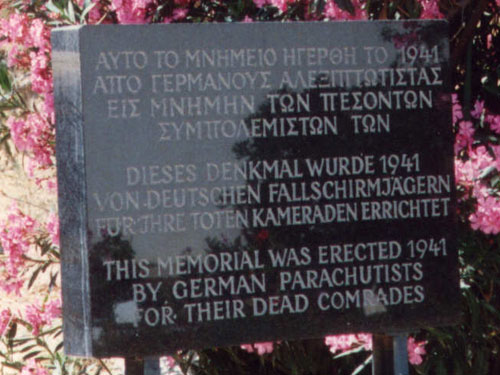 The set of pictures also raises another question - it becomes apparent that the iron cross and black writing on the side of the monument that were there when we lived in Greece were a relatively recent addition. 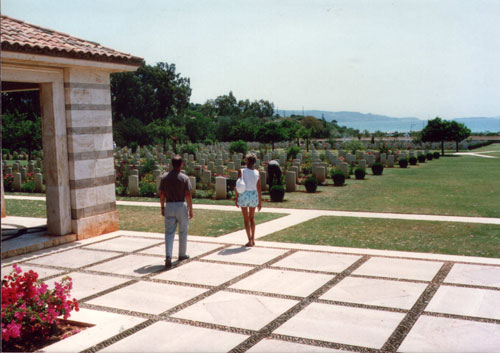 If, by any slim chance, you do recognise the couple in this photo, please drop me an email - martin.belam@currybet.net - and I'll put you in touch with the person who has the original photographs.