When I lived in Austria working at Sony, one of the interesting bits of local history that caught my eye was that the area I stayed in had hosted refugee, internment and prisoner of war camps during both the First and Second World Wars. Although the camp no longer existed, there was the odd bit of evidence around Salzburg, including this postcard I spotted in an antique shop, featuring Serbian prisoners of war during the 1914-18 conflict. 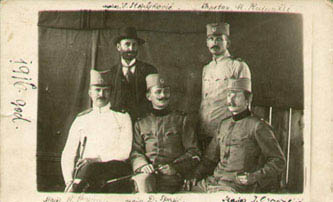 Some research on the Internet also turned up this fascinating set of correspondence between Franz Bohn and Miff Crommelin about the Grödig DP Camp and Supply Centre. The Schwabenlager Camp near Grödig housed refugees from Yugoslavia for several years after the end of the Second World War.

In March of 2007, just before we left Austria, my wife and I went for a long walk around Niederalm, St Leonhard and Grödig, looking to see if we could recreate the views in the archive photographs that Franz and Miff had shared on the web. 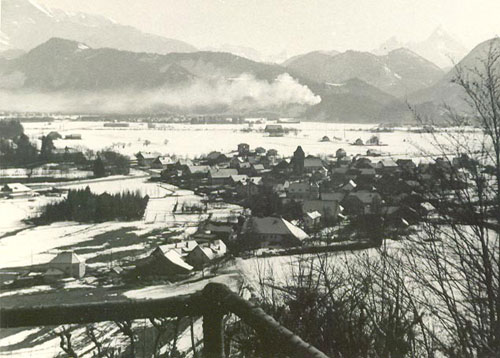 We were looking initially for a couple of views of the village of St Leonhard. We managed to spot both locations reasonably easily, although whether I got quite the right angles to recreate a modern version of the photographs is another matter entirely! 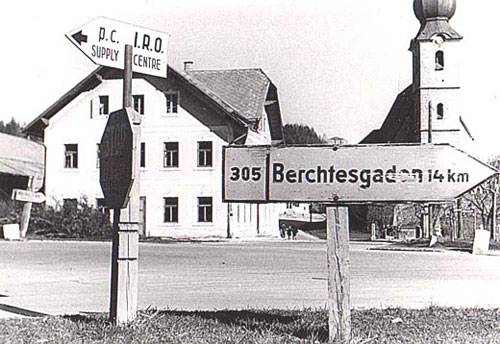 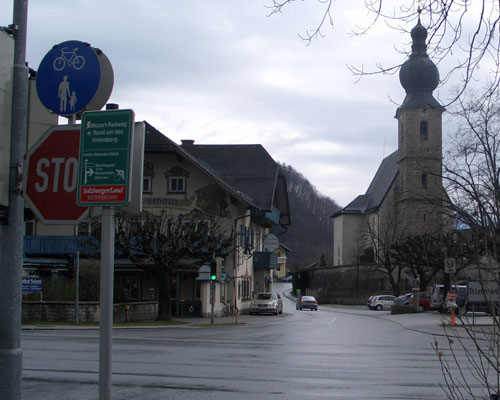 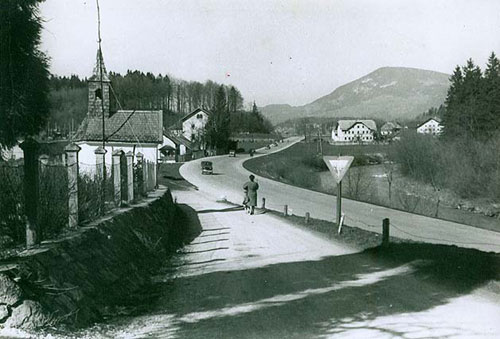 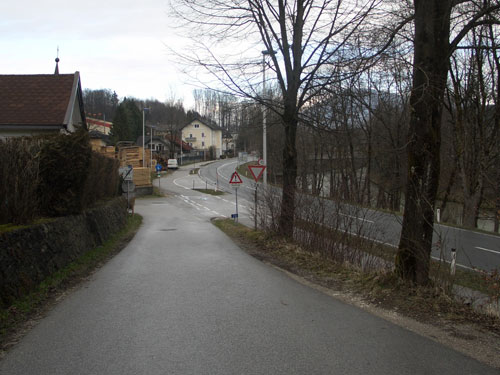 In Grödig itself we were also able to recognise the building that used to be the DP Supply centre in the 1940s, due to the distinctive red and white striped shutters. 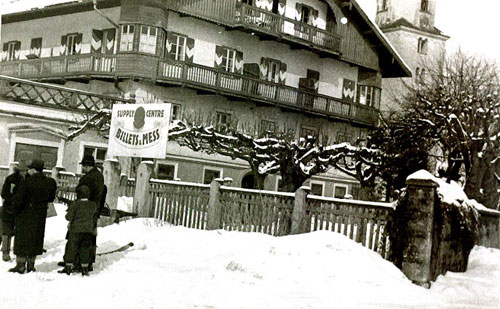 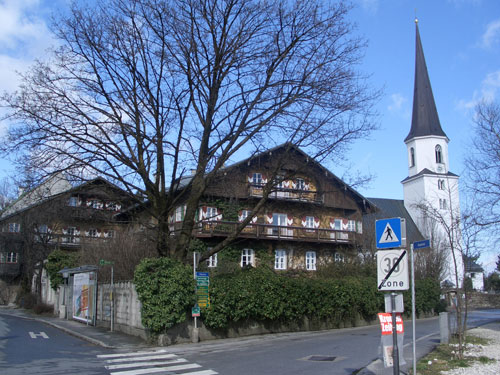 It still seems to be providing a service to the local immigrant community. No longer is it food for Yugoslav refugees though - the back of the building now appears to have been converted into a makeshift mosque.

Despite tramping through plenty of fields and clumps of forest that seemed to be in the right place judging from the skyline and buildings in this photograph, of the camp itself we couldn't find any trace left whatsoever, . 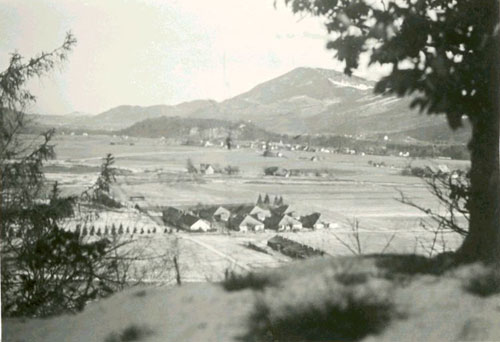