What would you put in corporate Twitter usage guidelines?

When blogging became a popular activity for both employees and employers, it wasn't long before companies were formulating corporate blogging policies. As Twitter grows and grows, and can't seem to keep out of the UK media spotlight, it can only be a matter of time until companies begin to implement policies on Tweeting.

So what should they contain?

Well, here is my take on 5 things that a corporate Twitter policy would need to address as an absolute minimum.

Employees need to be clear in their Twitter streams that they are not official spokesman for a company. Twitter bios are welcome to mention that a person works for a company, but not suggest that it is an official feed from the company. Likewise, companies would probably want to suggest that Twitterers do not simply use their employer's logo as their avatar.

Some companies and brands are doing great work on Twitter with engaging directly with their users, but it isn't a total replacement for customer services. If I moan about a product, and someone contacts me about that via Twitter, that is great - but it doesn't register with CRM software, and presumably doesn't get filed by the legal department as a 'contact'. Corporate Twitter policy should urge staff to steer customers with problems that they encounter via Twitter to the correct 'traditional' customer service channels.

3: Twitter is not the tube - don't have internal conversations in public

A corporate Twitter policy would need to address company employees discussing an internal topic in public. Discussing the finer points of a confidential internal project in a public space, even if the use of internal buzzwords and TLAs makes it impenetrable to most outsiders, isn't good practice. Twitter isn't quite the same as discussing a project on the way home on the tube or in a cafe next to work - it is more public than that. Whilst employees may not be giving away any state secrets, I would expect a corporate Twitter policy to ask employees to make a distinction between conversations that can be held in the tweetosphere, and those that should be done via direct messaging, IM, email or even - I know, how 19th century - a phone call. 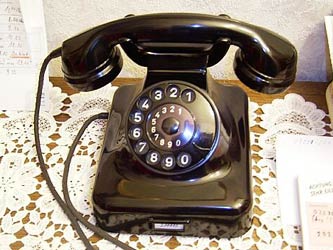 Growing uptake of Twitter is accelerating the blurring of the lines between home and work. Companies must be concerned that known employees being rude on Twitter can impact upon their brand. David George-Cosh from the National Post is the text-book example of something that would concern anyone writing corporate guidelines. The FedEx example is, for me, more of a borderline case, because it wasn't directly abusive to a work client or partner. Nevertheless, it caused a PR storm. The guidelines would need to find some careful way to avoid saying "don't ever be rude about anything - ever" whilst protecting brands and businesses.

There is a lovely turn of phrase in The Guardian's staff blogging guidelines:

"If you say things about them [your colleagues] in your blog that may make it difficult for you to face them in the office, then don’t do it."

I think the spirit of that message should be carried through to any decent set of Twitter guidelines. There is no point using social media with a nebulous group of tweeps in a way that makes face-to-face social interaction with colleagues awkward.

So what did I miss?

I'll be putting a Twitter shout out today to see if people have other ideas of what should go into a corporate tweeting policy. What do you think of those outlined above? Do these suggestions strike the right balance between the employee and the company? What have I missed?

Read other recent posts about: Popular, Post of the moment, Web

Great idea Martin. Better to engage with this stuff now, even in the light of the media frenzy.

I think many managers would think that a good deal of fall out of the rise in social media could be dealt with under the 'conduct that may bring x in to disrepute' clauses in employment contracts. A blunt instrument which specific social media guidelines could temper.

You could got for the standard 'these views are mine and not those of my employer' (except on professional/areas of expertise matters when they are of course ;-) )

More generally - dont make a tit of yourself (too often) or be (unneccessarily) rude and definitely don't do anything that may give people paying you reason to fire you - seems to be a good way to handle communication online and, amazingly, in the real world too.

Avoid using brackets and hyphens - you only have 140 characters.

I wrote up my response as a blog post

and another rule...maybe: be interesting, please

Twitter is an amazing little piece of magic. Thing is, it's great in that we can allow clients and colleagues in a bit as to who we are behind the cubicle. We can also share news items quickly and pass along other useful information.

What I find interesting though, is the amount of back-chatter that goes on inside the Twitterverse that consists of stuff I'd never want folks hearing me say. Seems people don't realize that once it's out on Twitter as anything other than a direct message - it's on the net forever!

How that for a permanent record!

I think the key is - share what you think is useful, make jokes in good taste - and if all else fails - try not to type anything you'd not want your Grandmother to hear! :)

I'm starting to tweet on behalf of a client and I'm looking for guidelines on who to follow / when to follow back. I have a colleague that is concerned that a follow = an endorsement and I see things differently. Would love some good examples/articles to reference.

This is a great article. I have been working in a web marketing agency for the last 4 years and recently a lot of our focus has been on building our clients brand and PR using social networking platforms such as Twitter and Facebook. We always have to be cautious regarding how we portray our clients. Twitter can work out to be your own and clients worst enemy at times. An comment taken out of context can soon be duplicated over the internet and cause a negative effect on brand awareness. If this happends who is responsible, you or the client. I think more companies will need to create strict social networking guidlines as we continue to grow in the digital age. It wotn be long until the local news agent is sending tweets everytime the papers arrive in the morning. is this good for our world? i guess that lies in the eye of the beholder. But in my opinion, even when i work in internet marketing, there has to be some sense and purpose behind social networking for clients.

Well, one that I recommend, is never tweet from work, especially if your boss is following you, and never tweet anything bad about work.

These twitter guidelines are so far the best I've come across. I liked no. 2 "Twitter is not a replacement for customer service" definitely. Its just update utility....

I'm usually keen to try out the latest developments online, but I've yet to catch on with twitter (even less likely these days, due to the great firewall here in china).

However, I've definitely had experience of using bad wording on other media (forums are the worst, but the same can apply to blogs/twitter etc) for it to be misinterpreted and taken completely out of context, and later held against the writer. I think kevin just about sums this stuff up with 'permanent record'.

Whilst its important for employees to be careful with what they say online, i think its becoming more and more important for viewers to keep in mind that someone posting under a company's avatar is 1. an individual that will not always be able to represent the views or expertise in an entire organisation and 2. only human - capable of saying the wrong things at times.

so especially, the 'this person doesn't represent the company' guideline is an important one not only for employees but also beyond.

Great list. With more and more corporations jumping in twitter, it's important to establish guidelines before even the first Tweet. Know what your end goal is and go from there.

You covered most the bases well in terms of a general outline for Twitter. However, I think the biggest requirement is that a company have a formal policy in place, and not wait until legal issues come up. A local Cop got fired for things on his twitter feed, yet they had no policy in place at the time..it just fell under their "acceptable behavior" guidelines. A little too cloudy for me...