A technological revolution in miniature

I'm always on the look-out for historical examples of how an industry was changed or destroyed by a technological development, if nothing else to keep avoiding the obvious comparisons between the newspaper, movie and music industries and the impact of the Internet. On a visit to the Victoria & Albert Museum last week, serendipity provided me with another. 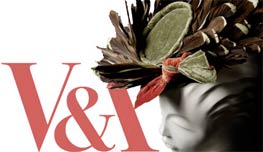 Just before you get to their spectacular jewellery exhibition, there is a small room charting the history of the British miniature portrait. The cases are kept in the dark, and are only illuminated as you approach them. They are equipped with magnifying glasses so you can get a closer look at the contents.

Miniature portraiture was big business in the Tudor era, and regulating the production of miniatures became important state policy. The V&A has on display several portraits of Elizabeth I, including this one by Isaac Oliver from around 1590: 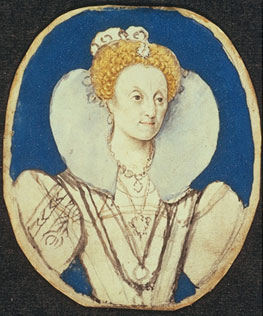 The caption states that:

"This was probably a 'face-pattern' for other artists, especially printmakers, to copy. Oliver's use of shadow has emphasised that Elizabeth was nearly 60. Later her government later tried to suppress such honest images."

The more that the Tudor succession was thrown into doubt by Elizabeth I's increasing age and unmarried 'virgin' status, the more government insisted that miniatures portrayed her in youthful vigour.

It wasn't long after James I attained the throne that the miniature portrait industry was thrown into disarray. The government were able to control images when they were undertaken by professional painters with patronage, but in the 1600s a new type of amateur artist emerged - a kind of 'citizen portrait maker'.

In 1606 Henry Peacham published "Graphice", and painting miniatures was one of the hobbies he reckoned was becoming to a gentleman. The book was republished and better known as "The Gentleman's Exercise" - a title which wouldn't escape the attentions of the double entendre police today.

The fact that a wider range of people tried their hand at painting miniatures led to a series of different styles developing, some still painted on traditional vellum, others on ivory.

However, the whole business was almost swept entirely away overnight by a new technology. As the captions in the V&A put it:

"Photography, introduced in 1839, provided a wider public with affordable, accurate likenesses. Many miniaturists at the cheaper end of the market took up photography"

The ability to make cheap photographic likenesses stimulated demand for the product, albeit not in the traditional form. Some miniature painters had grasped the potential of the new technology, and re-skilled themselves accordingly.

The next couple of decades saw a new development enabled by photographs - the Carte de Visite. This pictorial form of business card was left with guests when you visited, and was again popular with the British monarchy. 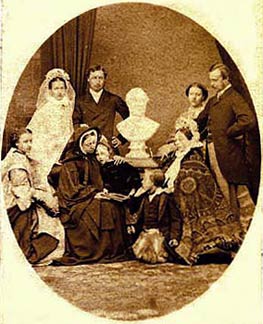 One of the examples on display in the Victoria & Albert features an advert for the photographic studio on the back, also pointing out that they could still do painted portraits. What used to be the main business had become the 'premium up-sell'.

The American Museum of Photography describes some of the early Carte de Visite as "pioneering examples of photojournalism". Judging by the reactions to Roy Greensade's suggestion that the notion of sub-editing be re-examined last week, or suggestions that the PCC should consider reform, I should imagine that the people who used to paint the news in the 1800s were furious with this development. 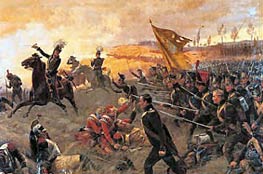 Although there are some similarities with the way the Internet is transforming huge areas of business today, one huge contrast is the time-span. From the arrival of the amateurs on the scene, to the revolution of photography, took over 200 years. However, the World Wide Web revolution has still not reached the end of its second decade, let alone second century.

Even with the inexorable rise of the photograph, there were still some faithful adherents to the old techniques. The Royal Society of Miniature Painters was not formed until 1896 - over half-a-century after Daguerre and Fox Talbot had first demonstrated their photographic techniques.

Interesting article. Photography brought the ability to capture images to the masses. Truth is, you still need talent to do it well. I guess the same applies with the internet, you can now publish music, video's, etc but only people with talent will be noticed.