During July and August I conducted a major study of how media URLs were represented on the popular pages of social bookmarking services like Digg and StumbleUpon. This week I've been concentrating on how the websites of 24 hour news channels fared. Yesterday I started with CNN, who were the most successful of the networks I measured. Today it is the turn of the BBC News website. 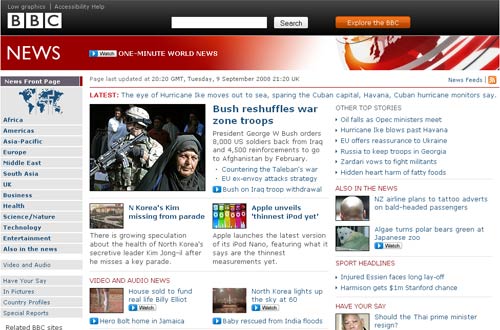 Although it did not generate as many social bookmarking links as The New York Times or CNN, overall the BBC was the third most successful of the 50+ media sites I was monitoring, with 341 popular links across the 8 services during the month. The BBC was the most successful British media site, with The Telegraph and The Guardian being the closest UK competitors.

BBC News content was particularly prominent on the Newsvine service, where BBC stories were frequently the 'seed' for blog posts and discussions. During the study, 86 BBC URLs appeared on the Newsvine homepage as 'top seeds'. 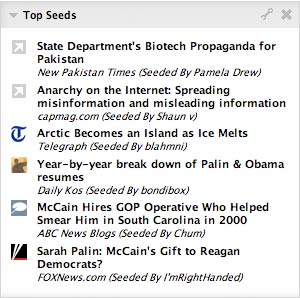 Interest in BBC content seemed very European and UK-centric. Of the 86 stories, 19 were about the UK and a further 11 were about Europe. The Americas featured in 10 stories with Asia the focus for six, and Africa and the Middle East the focus for two apiece. Technology stories also made a strong showing with 11 links appearing as 'top seeds'.

As Newsvine is a place to comment on the news, it was noticeable that no BBC blog or opinion pieces seemed to have sparked debate - the links all seemed to point at reporting, not comment.

Whilst we generally accept that the English-language web is somewhat US-centric, small local stories from Kent, Somerset, the West Midlands, Tayside and North West Wales all generated interest on Newsvine.

The BBC was the leading source of media links on both Reddit (45 URLs) and StumbleUpon (20 URLs) during the period of the study. During that period The Telegraph, Guardian and Daily Mail were the only other sources of content to reach double figures on StumbleUpon's 'Recently popular websites' page.

Interestingly, on StumbleUpon, 7 of the 20 links came from the health section of the BBC News site, covering stories like a 'breakthrough' in the fight against malaria, using light for dentistry, the athleticism of rock drummers, and a puff piece for Radio 4's The Pain Of Emotion programme.

The BBC's success here perhaps illustrates the value of of having power user "fans" on specific sites. Of the 7 health stories that went popular on StumbleUpon, 5 of them had been discovered and initially Stumbled by the same user - Starspirit.

The BBC has social media links at the foot of news content, linking to 5 sites - Delicious, Digg, Facebook, Reddit and StumbleUpon. Nevertheless BBC content was also very popular on two services that are not linked to - Fark and Mixx.

Throughout the course of this study I've not been completely clear on whether success on Fark is a 'good thing', or simply demonstrates having a wider range of less-serious content. Fark represents one of the few services where the BBC was not the leading British performer - both The Telegraph and the Daily Mail had more articles listed on the Fark front during the timeframe.

53 BBC URLs were not news, but 'fark', and a fifth of those were generated by local reporting in England, Scotland and Wales, on stories like a 5 year old girl getting her mum caught for drink-driving, a man sentenced to a pub ban rather than prison for murdering his wife, and a chap whose music collection and equipment were destroyed by the council for playing Cher too loudly. 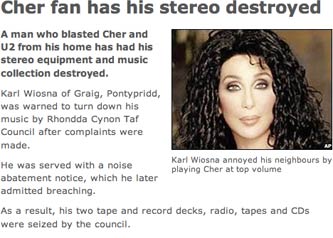 It will be no surprise that science and technology featured strongly amongst the BBC articles being dugg, making up a quarter of them. The health section also proved to be popular with the Digg crowd - making up a further 25% of the links. In total the BBC had 39 stories on the front page of Digg during the month.

The health interests of Diggers and Stumblers don't seem to overlap though. Only two stories - "Rock drummers 'are top athletes'" and "Soy foods 'reduce sperm numbers'" - were popular amongst the health stories listed on both Digg and StumbleUpon. 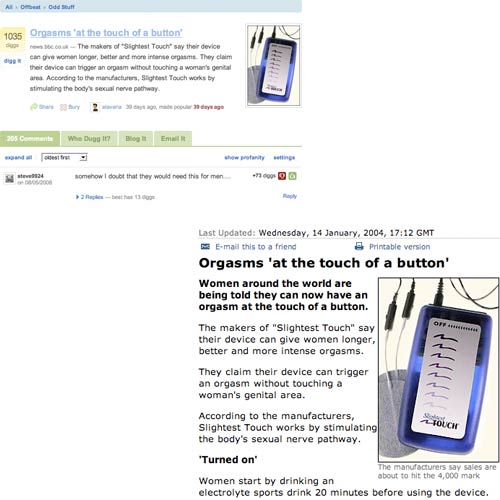 This table illustrates where BBC URLs appeared on social media websites between July 15th and August 14th 2008. The presence of an icon indicates that BBC News has a social bookmarking link for that service.

Tomorrow I'll be looking at the social media successes of the BBC's main rival for the 24 hour news television audience in the UK - Sky News.

Hi Martin. Really interesting post. This is right up my street - I wrote my honours dissertation on how participatory journalism and participatory news editing is changing how mainstream news is produced and consumed. I looked a lot at the way digg and other social news sites were being used by web users in terms of news consumption. I also had a really interesting email interview with Steve Herrmann the news.bbc.co.uk editor regarding his views on how people are using the websites participatory journalism features. Looking forward to your next post!
David

I always stumble for health related blogs and pics. Good source of health given here.