I was hanging out in Stoke Newington the other day and wound up in a little Turkish cafe called 'The Dervish' - presumably, I'll have to ask forgiveness when I re-enter Greece. I spotted something that I hadn't noticed before - in the window, underneath a tattered old London Olympic bid sticker, was a sticker boasting that the business was listed in Google Maps. 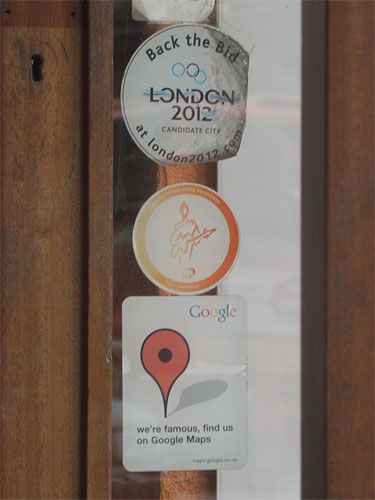 Once I'd spotted one, I started seeing them cropping up all over the place. And I expect we might be seeing many more in the future. There have been sporadic reports of it happening since last year, but the wife and I have spotted the Google Street View camera car prowling around Walthamstow twice in the last couple of days - here is a blurry snap of it about to pull away from the lights near the Town Hall on Forest Road. 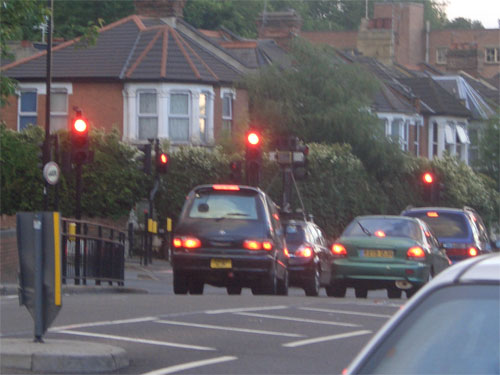 It looks like Google Maps has really worked on its PR campaign. Much better to pass out stickers and such so businesses can show their pride in being listed, versus private landowners suing them for breach of privacy.