Computer love in the 1960s - the origins of online dating

With it being Valentine’s Day today, I thought I’d take a look at the history of ‘computer dating’. It is actually one of those topics that illustrates the shortcomings of our current internet search tools. Whilst researching it I seemed to find an awful lot more about getting a mail order bride sent to me from Russia than I found out about the origins of computer assisted love. 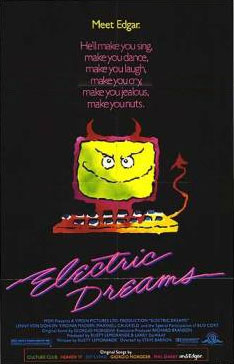 The whole computer dating dream was begun in 1965 by Jeff Tarr and Vaughn Morrill, who were studying at Harvard at the time. They weren’t actually studying anything computer related, so you can forget your jokes about why geeks might have needed to enlist a computer in order to get a date. Dave Crump and Doug Ginsberg also contributed to the setting up of ‘Operation Match’.

Here, according to an article about it at Damn Interesting, is a sample question from their original computer dating questionnaire:

Your roommate gets you a blind date for the big dance. Good-looking your roommate says. When you meet your date, you are sure it’s your roommate who is blind - your date is friendly, but embarrassingly unattractive. You:
(1) Suggest going to a movie instead
(2) Monopolize your roommate’s date leaving your roommate with only one noble alternative.
(3) Dance with your date, smiling weakly, but end the evening as early as possible.
(4) Act very friendly the whole time and run the risk of getting trapped into a second date.

Dating seemed so sedate back then - I’m not certain there is an appropriate option there for Ashley Cole for example. It was considered quite racy at the time though, as this contemporary article by T. Jay Mathews in 1965 made plain:

If you stop to talk to Jeff Tarr, Dave Crump, or Doug Ginsberg for a few minutes, you’ll find them fairly conservative human beings—perfectly capable of expressing doubts about the good sense of abolishing the philibuster in the Senate or letting Cliffies into Lamont.

Nonetheless, these two 21-year-olds and one 19-year-old have plotted since last spring to overthrow a whole way of life. Their banner reads “SEX,” their creed is written on the circuits of a computer, and their initial organized uprising is called Operation Match.

Their system was never a commercial success, because although they had a lot of respondents, at $3 a throw it never covered the computationally intensive work of matching dates using punch-cards. However they pretty much established the principles by which online dating thrives today. 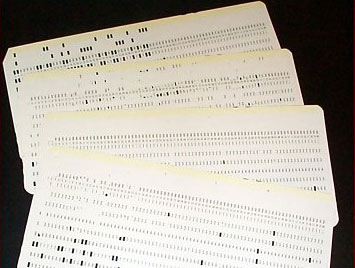 Of course, music is the food of love, and that didn’t escape the founders of ‘Operation Match’, who also wrote what seem likely to have been some excruciating songs about the computer dating phenomena.

Thankfully I haven’t been able to track down any performances of that!

But, if I’m on the subject of music to accompany computer love stories, you’d think there would be only one German language song appropriate.

However, it turns out that in 1968, a good decade-and-a-bit before Kraftwerk wrote ‘Computer Love’, France Gall had a German language song called “Der Computer Nr 3”, about computer dating. Well, that’s what it implies here anyway, although my German doesn't stretch to really understanding the lyrics.

Still, it has plenty of late sixties boom-bang-a-bang, some weird distorted short wave radio noises, and a man doing a fair impersonation of a German Dalek in the spoken bits. Courtesy, of course, of YouTube, enjoy France Gall and “Der Computer Nr 3”, and have a happy Valentine’s Day!

This reminds me - I must see what records remain of my GCSE Computer Studies coursework (1988 - the first year of such a thing). We had to write a program, make a promotional teletexty-style carousel, word process something and, er, something else - maybe a flow chart? I duly made them all part of a larger project: Love Bytes, a computer dating agency for (40? 80?) fourth years. (Teletext was a promotional thing that ran on the school's BBC Bs; word processing doc was the form; program did the matching etc). Some people were matched to their at-the-time partners, and some to their exes, and one participant to his twin sister, so I happily took that to be a measure of rudimentary success. (ps: the Ashley Cole link is b0rked)

That's fantastic Martin (and will be immediately added to my far-too-large collection of strange international pop) but now it's driving me mad wondering what the bit at 1.05 is ripped off from? Is it the Beatles?

A bit like his career at the moment then.

My GCSE case study for Computer Science was the database schema and operations at the DVLA. i had to learn it all off by heart. If I'd known then what I know now, I'd have just asked them to pop some CDs of the data in the post for me.

Oooh, we had to do the DVLA as well (which is probably why I still think of it as the DVLC). *That* was not an interesting part of the course.