Yesterday I was writing about the 1970s surround-sound solution - Quadraphonic. It never caught on, and really it was ahead of its time. It wasn't until home-cinema systems and digital surround sound became a possibility that the concept gained mainstream consumer viability. Quadraphonic records were rare though, and when I worked at Reckless we used to have a special mailing list of quad-buffs who we let know when we obtained any.

Quadraphonic wasn't the only special format of vinyl LP that we had to make special note of for collectors. Nowadays we tend to look at claims on vinyl LPs from the fifties and sixties that were pressed using 'Dynagroove' or recorded using the 'ffrr' system as quaint old logos. They did, though, at the time, represent real investments by labels in improved recording and reproduction techniques which they hoped would boost sales and give them a competitive advantage.

Some of them still vex modern record collectors, and RCA's Dynaflex was one such development. Introduced in late 1969 and pressed until 1980, Dynaflex is easy to spot. Not only does it have a funky Dynaflex logo plastered all over it, but the records are...well...floppy. 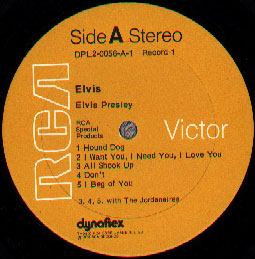 RCA had hit upon a formula for using a much thinner and lighter vinyl composition, that was purer than other label's thicker pressings. Record companies had for some time been melting down unsold records and using the vinyl to re-press new records, but this process introduced impurities. For RCA, Dynaflex meant lighter shipping costs, reduced storage space, and using less vinyl in an era of rising oil prices.

Opinion is divided to this day as to whether the records manufactured this way were actually any good.

"My 'new' RCA orange label of Ziggy Stardust is, alas, Dynaflex. It sounds as if a blanket has been thrown over my speakers and there are only hints of bass. And the noise is as if the needle is plowing through cardboard." - Ken 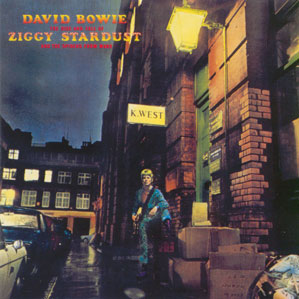 "I always assumed that RCA's Dynaflex vinyl was a cheap, cost-cutting measure that led to cheap-sounding records. Maybe it was a cost-cutting measure, but I've recently been listening to Dynaflex pressings of Lou Reed's Transformer and Berlin and David Bowie's Ziggy Stardust that sound pretty good. The Bowie album trounces my CD copy of the same, thin vinyl or no thin vinyl." - Driver 8 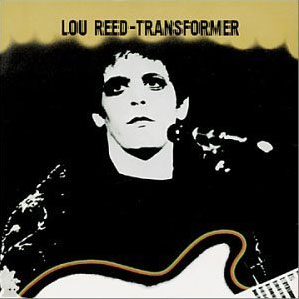 "If you buy the RCA Dynaflex elpee (like I did), you can always use the elpee as a coaster. A really thin, stinky coaster with no dynamic range." - review of Nilsson Schmilsson

Rather like Quadraphonic discs, at Reckless we had collectors who would buy anything pressed on Dynaflex, just because they loved the sound they got from it. On the other hand, there were other people who would refuse to buy any orange label RCA albums from the 70s unless we could assure them it wasn't pressed on the dreaded Dynaflex formula.

One of the chief problems with Dynaflex was no doubt simply consumer perception. How on earth could you possibly get a good sound from an album that flip-flopped all over the place?

If you've never held one it is difficult to convey just how bendy they were. They weren't, in my experience, any more prone to warping or breaking than regular weight vinyl, but you did need to own a turntable with a 12" platter. There was little chance that a Dynaflex pressing could cope with the weight of stylus, cartridge and tone-arm if you had a record deck with a turntable that was only 10" or 8" in diameter.

My favourite quote about Dynaflex from the web?

"Dynaflex vinyl isn't all bad. How can you hate a record so thin you can read a newspaper through it??!!?" - Jeff H

Do you have any info on the "S" numbers on RCA records? For instance, when the "Mother" master was used to create a stamper, is this when the master/mold, ID and S numbers were added? If so, then the mother did not have them--or did each mother have a different number? It might make sense that each mother was marked A/1--A/2 Etc BUT-- what of the differing matrix(S) numbers. Any help is appreciated--- PS-Colgate Gel (LOL) Thanks, Loren

Well first, Dynaflex didn't entire disappear by the dawn of the '80s. You see, RCA was very aware of the negative public perceptions of Dynaflex vinyl. But they still had a LOT of Dynaflex vinyl biscuits to press records with. So they simply stopped mentioning Dynaflex on the records. By 1982, RCA had switched over to heavier vinyl stock. Yet by the late '80s, Dynaflex was back - and more dubious than ever. I have a copy of House of Lords' self titled 1988 LP and this particular disc was TWICE as thin as your average '70s Dynaflex LP, it was almost as thin as an Eva-Tone soundsheet - the disc literally sagged under the weight of it's own label!

I owned some Dynaflex records and I thought they sounded very quiet, much better than ATCO for instance. Crown of Creation by Jefferson Airplane in particular sounded fantastic.

Well there are some that believe Dynaflex wasn't as bad as it was reputed to be. I personally couldn't tell much of a difference on most '70s RCA albums. You have a point about Atco/Atlantic '70s vinyl. Their late '60s, early '70s pressings were pretty noisy. But they also recycled a lot of their vinyl. When Warner Bros. took control over Atlantic, the vinyl stock got better. The best vinyl in my opinion was record club vinyl. Especially when record companies started using Direct Metal Mastering in the late '80s (which killed much of the bass frequencies), the record clubs (namely Columbia House) still used the regular techniques as well as higher quality vinyl and it sounded much better overall.