So whilst BBC Fantasy Football clings on for its final season last knockings, today the Pure Soap site was dismantled - not so much with a bang, but at least with an amusing slice of self-deprecating humour. 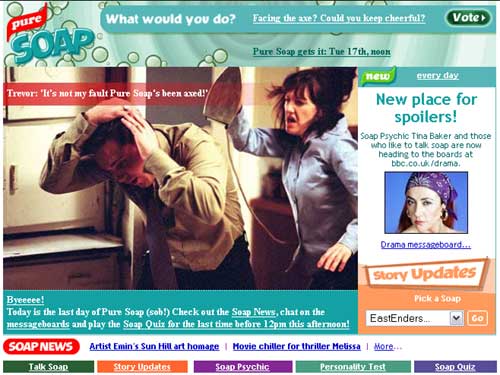 They offered one of the online vote's generated by a system that I look after. I'm glad that I don't have to handle the editorial side of things though, because my knowledge of soap beyond the Sunday morning Hollyoaks omnibus is zilch - the options of what users should do now were: 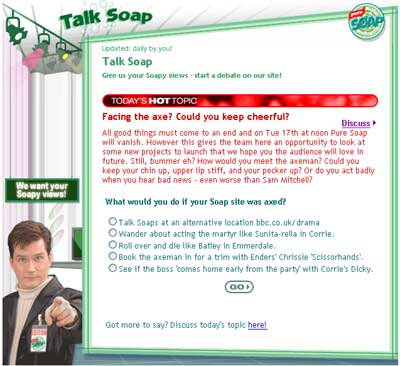 Which was frankly all Greek to me. After its' noon decommision, Pure Soap turned into a flash movie illustrating the smashing up of the site...

...which finished with a page offering the audience alternative refuges, with a nicely prominent link to the BBC News story announcing the site's demise. 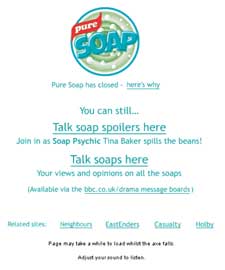 ...well it all made me laugh anyway.

Should a government ever close down bbc.co.uk, we now know the way it has to bow out :)

with a huge pic of Greg Dyke on the front saying "well, he was right, you know."?

Kudos to the Pure Soap team...

i think its good to have soap on tv u need entertaniet in your life. i whacth them all the time