Tomorrow you’ll be inundated with articles, blog posts, interactives, TV news packages and special supplements celebrating that it is 100 days until the Olympics start in London.

So I thought I’d be different and look back instead

Here are some of the web screengrabs I took on 6 July 2005 when it was announced that London would be hosting the games. 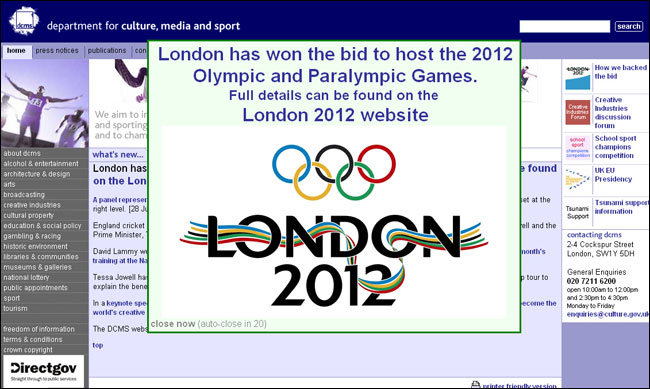 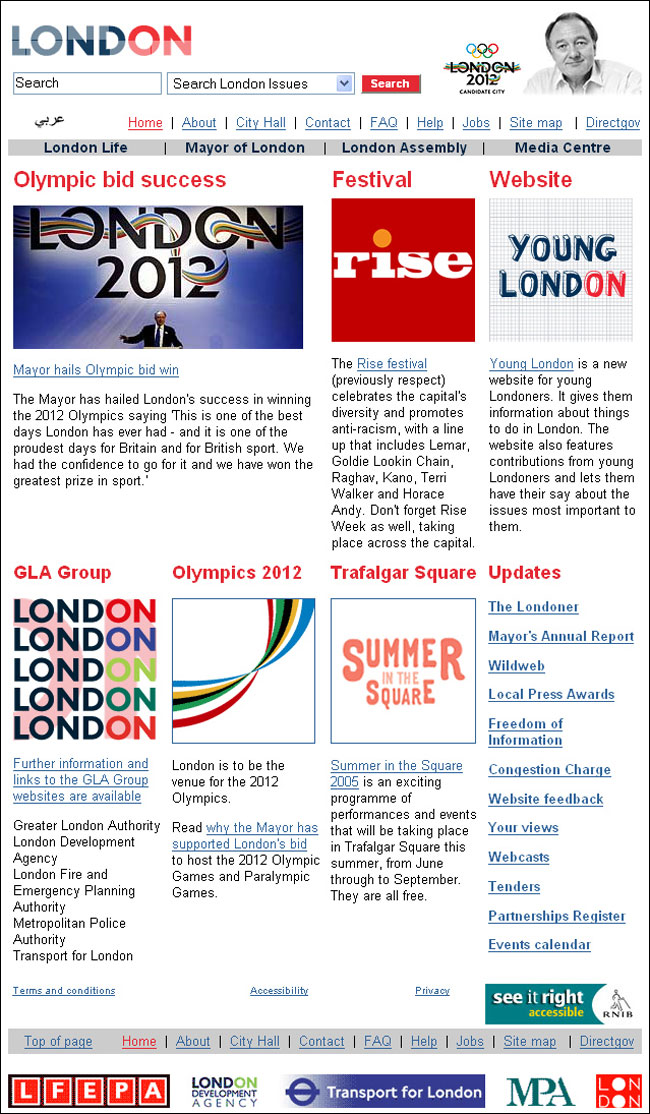 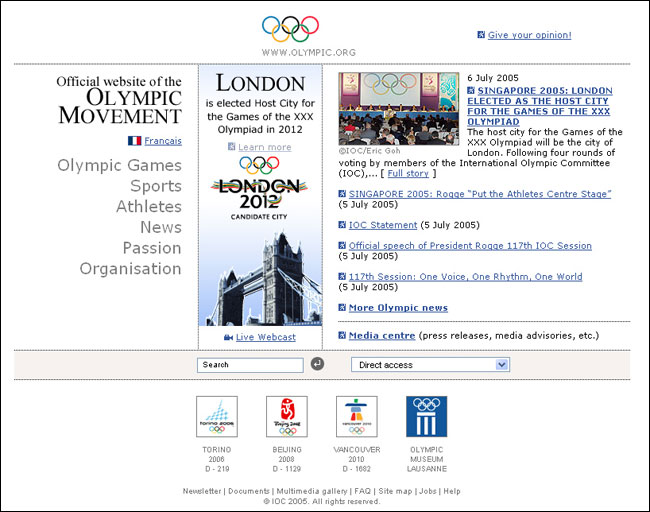 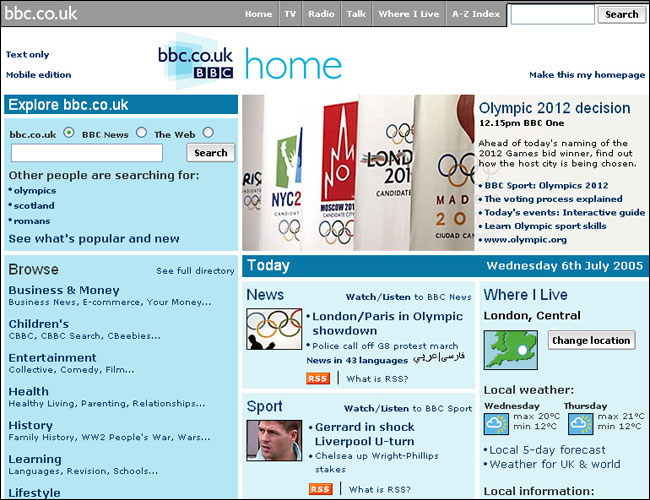 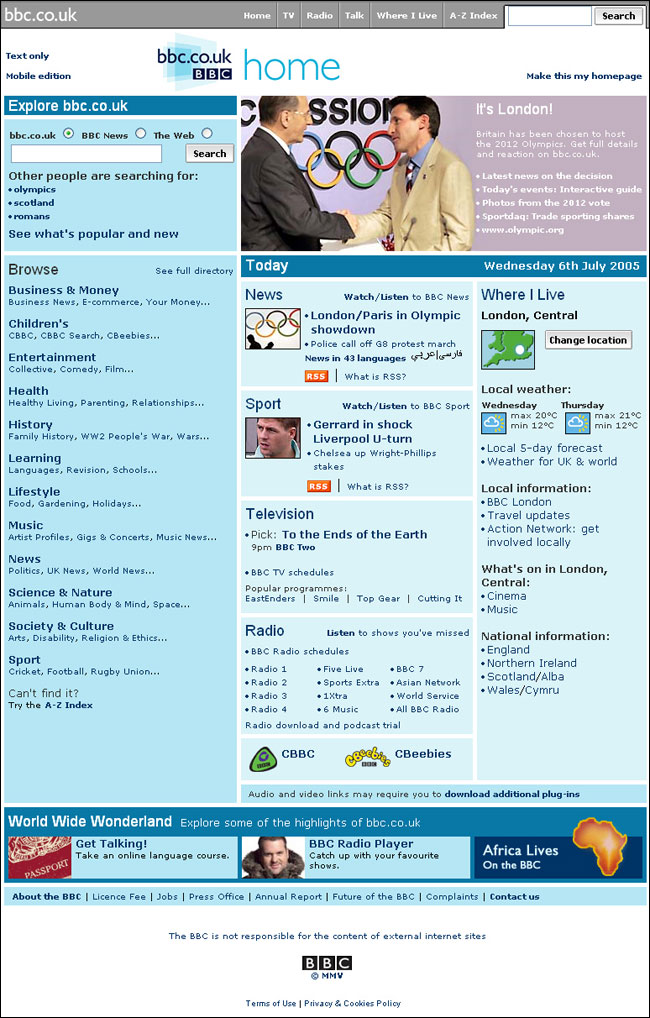 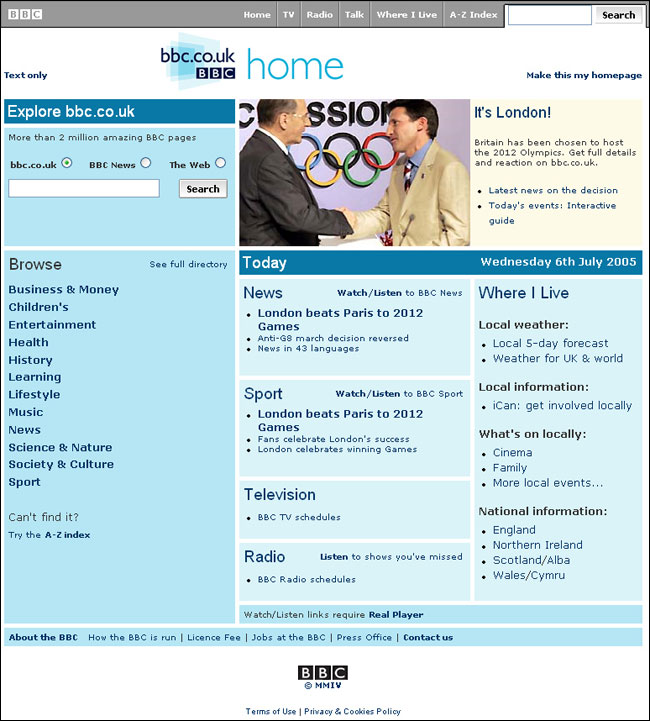 Sadly, this is the only one I’ve got of the official London 2012 bid site on the day. Oops.