An interesting example of getting analogue and digital news metadata out of sync yesterday. At the moment that last night’s paper reviews were revealing The Sun’s “Brown wrong” front page splash, the online version of the story was bylined Vince Soodin.

Now, no offence to Vince, but he isn’t the biggest household name The Sun have got to put in the frontline, defending the paper’s honour.

140 characters are hard to nuance, and @ilana and @Golden_Griff rightly pointed out that my initial tweet about it was rather offensive to Vince. I’d only seen the online version of the story, and what I had intended to convey was my surprise that a story of such significance would not be bylined by the editor, political editor, or simply be published as a front page Sun Says leader.

In print it was a different story, and this morning online has caught up, and political editor Tom Newton Dunn is now credited with the piece. 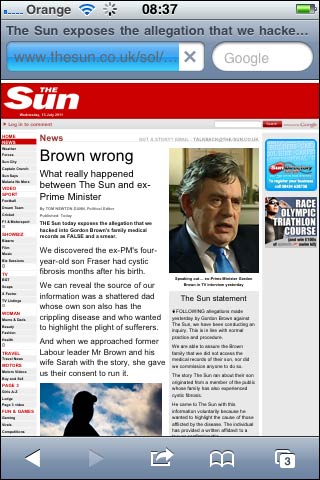 How the story appeared on my phone this morning

However that came about in the production process, it does pose a challenge for news metadata implementations like rNews, or Google’s attempt to highlight authors in search results.

If the humans publishing our news can’t agree on who wrote a lead story, how are machines to decide? 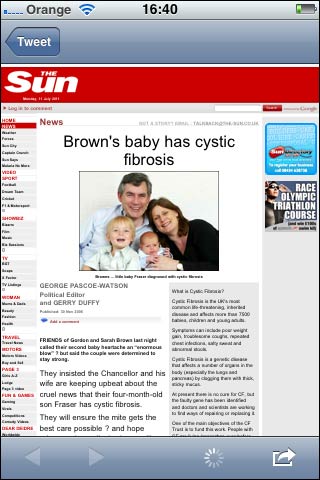 The Sun’s original coverage of the story, complete online with awkward character encoding issue in paragraph 3