I started this series looking at some of the British press coverage in print of the African Cup of Nations, and today I wanted to look a little bit further at online coverage in the main papers.

My impression - and this is an unscientific one - is that there has been more coverage of the tournament than in previous years. I think this is in part because it allows news organisations to gear up for covering another football tournament in Africa this year, and in part because, viewed through the prism of the English Premier League, for a British audience, there are a lot more familiar star names on show than usual.

Daniel Finkelstein on the domestic impact of the tournament

One of the most interesting articles I saw was in The Times sport section during the group stages. Daniel Finkelstein used maths and science to illustrate how having players away in Angola might impact on English clubs in terms of points gained and points lost.

I found it a fascinating read, and an interesting way of calculating the individual contribution to a team's point tally over the course of a season. I wish I'd thought of this approach during my Championship Manager playing days! 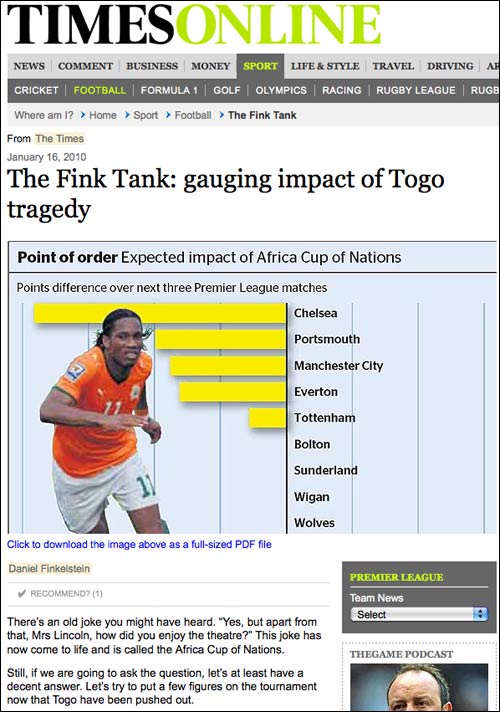 Sadly, the piece didn't quite work as well online as it did in print, as the initial image shown with the digital version of the article was cropped to remove the scale, making the meaning somewhat esoteric. Well worth reading nonetheless.

You are your data

One interesting thing that the tournament highlighted was the extent to which newspaper websites are only as good as their data providers. The Guardian, where I work, was a classic example. Although covering the afternoon matches with minute-by-minute commentary, if you checked our live scores and fixtures page, there was often no evidence that the tournament was taking place at all. 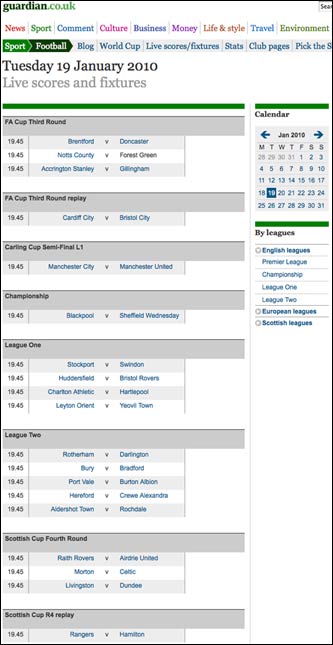 This was true elsewhere. On the 19th January, The Times fixture widget featured the exciting news that Yemen were playing Bahrain in a friendly, but made no mention of Ghana's critical Group B showdown in the group affected by Togo's disqualification.

The Telegraph also had a fixture list that was purely domestic. 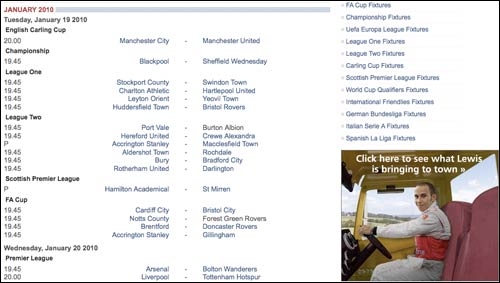 The Mail had considerable coverage from Angola showcased on their football index, but again, their fixture widget excluded the details of the games due to be played in Africa. 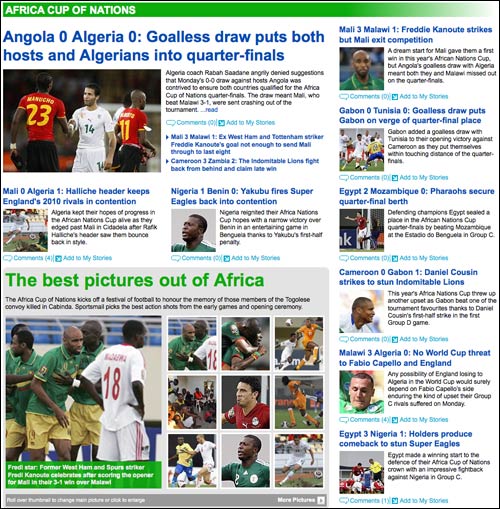 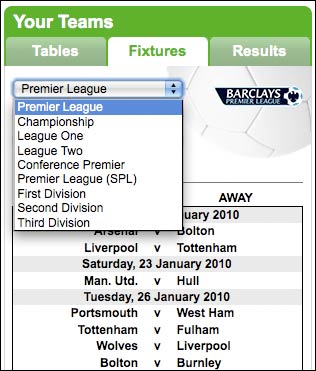 In all these cases, I'm sure this wasn't an editorial decision to sideline the games, but the consequence of having a data supply that didn't include the fixtures, and not having the ability or the contractual flexibility to add extra matches into the presentation of that data.

With this series I also surveyed a range of papers aimed at the African-American market, an area of the web I've not really looked at before, but I found that 'soccer' coverage was beyond scarce. In fact, it was non-existent on the 20 or so sites I looked at.

Some, like The Baltimore Times didn't cover sports at all. Some, like the Tennessee Tribune were very much a local concern - although I was heartened to see the paper declare "NOTE: site is best viewed in Mozilla Firefox. click here for free download".

Whilst I appreciate that 'soccer' is not a mainstream sporting interest in the US, I still found it strange that the African continent's biggest sporting event being attacked by terrorists didn't seem to merit a flicker of interest from the African-American press.

The next major event in the sporting calendar that I'll be looking at the digital coverage of is the Winter Olympics in Vancouver in February.