I've been looking at online coverage of the African Cup of Nations, and yesterday I was looking at newspapers in four of the countries taking part - hosts Angola, alongside papers from Algeria, Cameroon and Egypt. Today I've got some screengrabs and notes from the online newspaper coverage of three other African nations - all of whom reached at least the quarter-finals.

The Daily Graphic has its roots in the British Mirror group, and is now state-owned. Their sports section was not keeping pace with the tournament. It was still covering Ghana's prospects against Angola in the quarter-final, even as the team were busy preparing for today's semi-final, having already booked their passage. 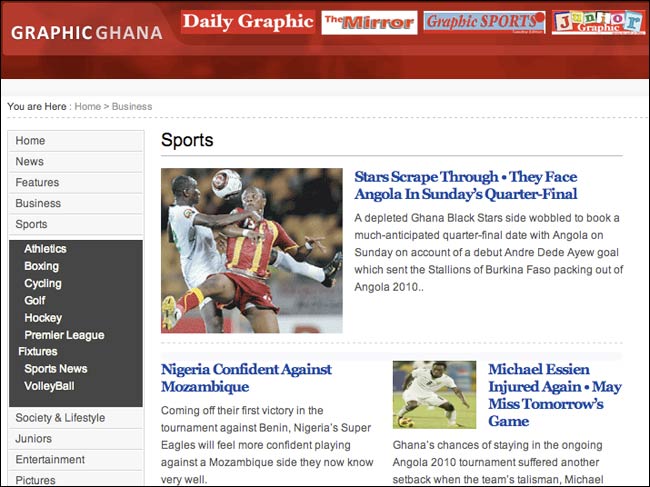 The group also publishes Ghana's most read sports paper - the Graphic Sports. The website of this paper had even less focus on the tournament, still leading with some articles from December about the Black Stars upcoming World Cup game with Germany. 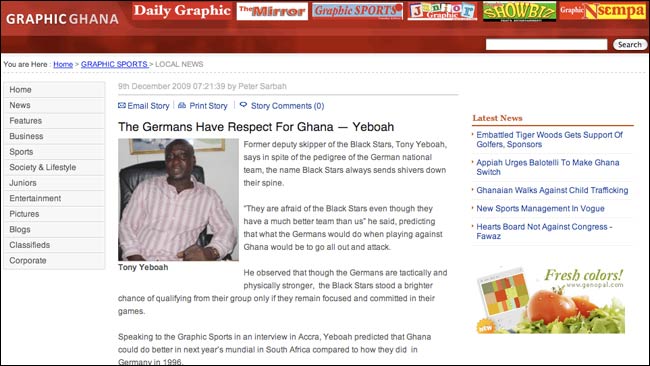 The article did at least serve to remind me just what a class act Tony Yeboah had been for Leeds United in the nineties.

The Ghanaian Chronicle is a weekly that comes out on Friday, and so again, the morning after Ghana's victory over Angola, the paper's web focus was on previewing the tie with the hosts. 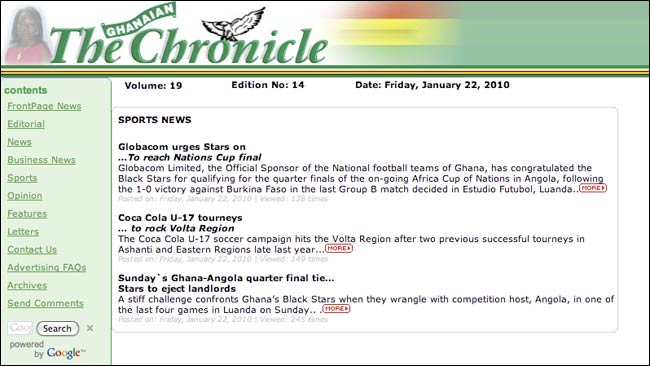 The Ivory Coast were pre-tournament favourites this year, but after the disruption to their group caused by the withdrawal of Togo, they unexpectedly fell at the quarter-final stage to England's World Cup opponents Algeria. This would have been a surprise to readers of state-owned Fraternité Matin, who before the game had expressed a great deal of optimism about the result 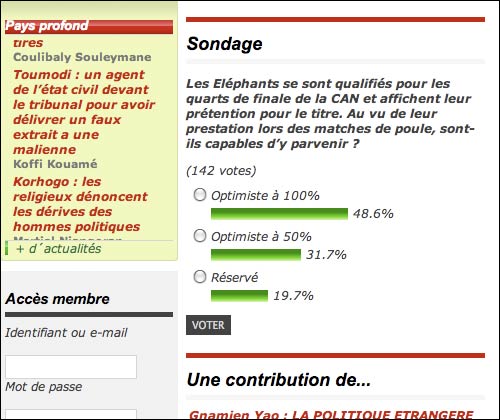 An electronic rendition of the paper is available on the web on the day of publication, with full coverage of 'La grosse désillusion' 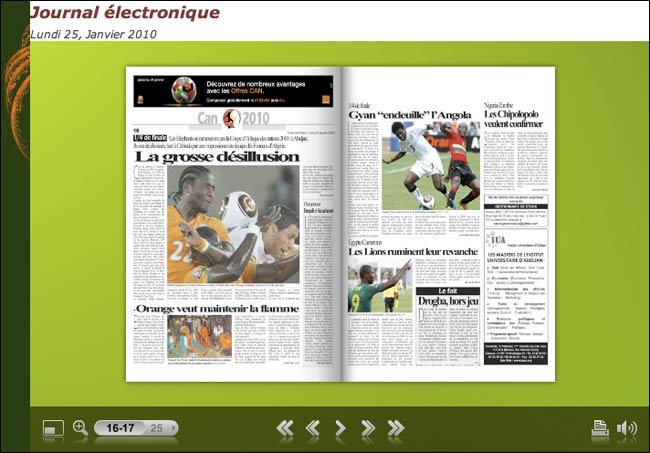 This Day is one of Nigeria's popular papers, and they have a very straightforward website. Stories appear as a list, with pagination, which, in the sports section, goes back to page 501. The oldest entry is from December 2004, but users cannot see more than an article snippet without registering and logging in. 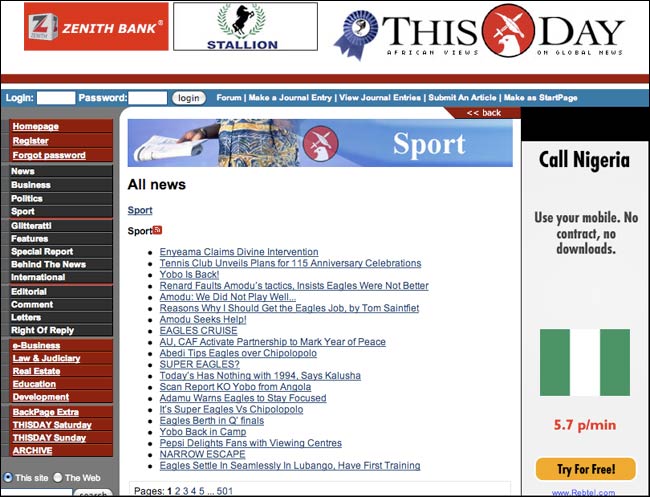 They've been covering the tournament as it happens, with up-to-date stories including Nigeria grinding out Monday's quarter-final win over Zambia on penalties.

Several newspapers in Nigeria have similar names to publications in the UK, including The Guardian, The Mirror and the Nigeria Observer. I had trouble getting The Guardian site to load. 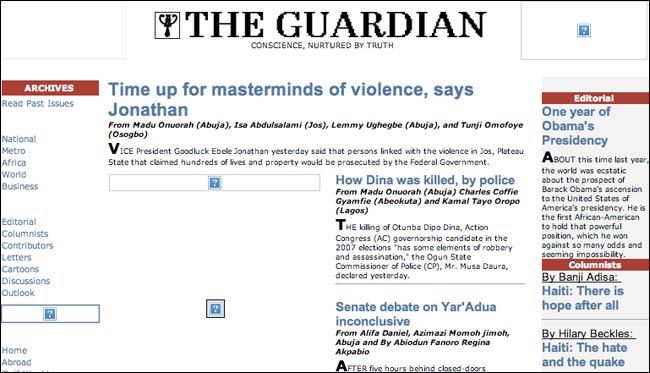 The Nigerian Observer has been taken their tournament coverage very seriously, with an editorial bemoaning that the team's performances have shown that they are not ready for this summer's World Cup.

"Except all hands are on deck in Thursday’s semi-final match against Ghana, we may be disgraced out of the tournament. The players are fond of making wrong passes and worst of all, leisurely on the field when they should be business-like"

As an England fan, it is reassuring to see it isn't just our press who writes that kind of thing about our national team! 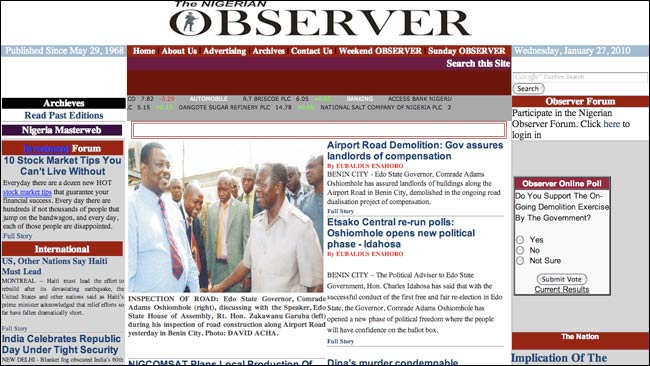 In the final part of this series, I'll be looking at some more online British and American coverage of the tournament.