Yesterday Kings Cross seemed to be the epicentre of a London Transport #fail that thwarted my every move, but it did mean that I got an enjoyable bit of serendipity. As I was forced to unexpectedly re-route my journey via the Northern Line platforms at Euston, I spotted this advert. 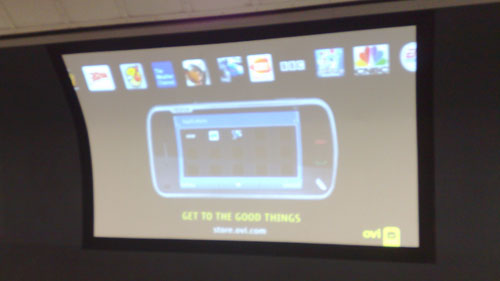 And then the delays meant I had time to film it.

In the last few days I've been in a debate about how news organisations have totally failed to sell the functionality of RSS to the consumer. It looks like Nokia are going to give the technology another push with the N97 - although they are wisely not badging it as RSS.

Their video adverts on the London Underground are promoting the idea that news headlines and social media update statuses can be delivered instantaneously on the phone. Although not strictly in real-time - I saw the video loop go round a couple of times as I was on the platform with the same info in it - the headlines from Reuters and status updates from Facebook were topical enough to have been made in the previous couple of hours.

Nokia real-time ads on the Northern Line from Martin Belam on Vimeo.