Back at the beginning of May I went to one of the Grand Panels at the Grand Designs Live show. Entitled "The future for cities" it featured Sarah Gaventa from CABE, Nick Johnson from Urban Splash and Ilse Crawford. 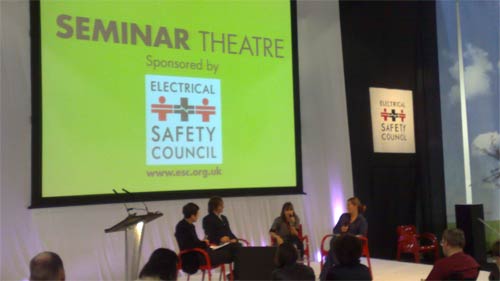 "People get the city they deserve"

Nick Johnson was arguing that we had only just begun our love affair with cities. For a long time 'Urban' had been a dirty word - only used in negative phrases like urban decay, urban depravation or urban sprawl.

He contended that before the Second World War the design of cities had been predominantly determined by manufacture. It was only with post-war planning that they began to transform, but the ideal at that point seemed to be to move people out from the centre of town to live in the suburbs.

The regeneration of the 1990s, ironically brought about by the urban decay and massive re-structuring of industry during the early Thatcher years, had led to a new renaissance for the city. He thought warehouse raves had contributed to a generation who were happy to live in the middle of a city, occupying spaces that had formerly been reserved for industrial use.

He quoted Peter Saville claiming that "people get the city they deserve". Nick's main concern was that we were only 15 years into 50 year task of falling back in love with cities, and the credit crunch might bring some of that work to a halt. Already, he felt, increasing regulation had begun to stifle architectural expression.

"Make every city a garden city"

Sarah Gaventa is a resident of the Barbican in London, and expressed a great deal of concern about the cities we are bequeathing to our children. She agrees with the sentiment that a civilisation can be judged by its open spaces. She worries that the long term planning for London of the Victorians and Georgians, with tree planting and parks, is not being replaced in our modern developments.

She feels that we can make our developing spaces work harder for greening the city, and advocates 'guerilla allotments' on urban land that is currently laying fallow pending redevelopment. She'd like to see every city working as a 'garden city'.

Sarah also explained that population density has been historically seen as a bad thing and a sign of poverty. However, she believes that you need a critical mass of people to make interesting things happen in a city, and that density also leads to intensity. Theatres, cinemas and sports events rely on 'the throng'.

Whereas Nick had concentrated his focus on architecture, and Sarah hers on plants, Ilsa's focus was on people. Her manifesto was "We are the city" and she accompanied her talk with a slide show of interesting and intriguing pictures taken in urban landscapes.

Ilsa felt that cities needed to become more human in scale, as in the networked era we no longer need to be transported from one side of a city to another in order to work. She argues that it is people that make a city safe, not structure. She'd like to see a wider take-up of cycling in the UK, and spoke highly of the bike-centric Dutch city experience.

"London is burning with boredom"

A panel session followed, and there was some discussion of how London differed from others cities in the UK. Ilsa felt that boredom in London was becoming endemic because everything was so expensive. Nick felt that with the credit crunch, conditions in society were ripe for another cultural explosion similar to the punk years of the 1970s. Sarah said that she saw the recession more as a 'time of opportunity', and hoped that a society we would come out of it and find ourselves thinking less about possessions and materialism, and instead be in tune with ideals of urban sustainability.

As well as the panel session, I also noticed quite a few things around Grand Designs Live that piqued my interest. Later this week I'll have some of my thoughts on the rest of the show. 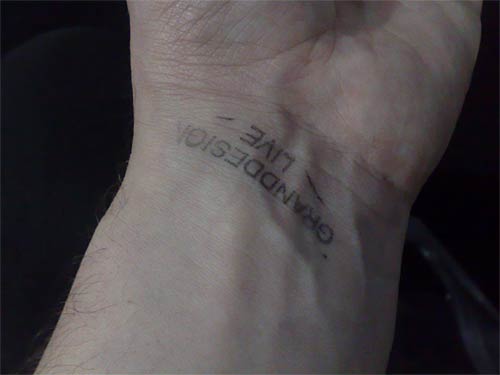