European Elections - do the right thing...

So with the Government seemingly imploding and The Guardian withdrawing support from Gordon Brown, politics would be the obvious thing to blog about today. On currybetdotnet I've already produced an unofficial guide to the London European Election candidates, looked at how the parties appear in Google and pointed out some of the things that caught my in the election literature delivered to me.

I seem to dimly recall that there are restrictions on what you can publish in the media during polling hours, so I'm getting in early with this. People fought long and hard to gain universal suffrage. It is only just over 80 years since it happened in the UK, and the European Union only began having any sort of directly elected element in 1979.

Please go out and vote today...and do the right thing. 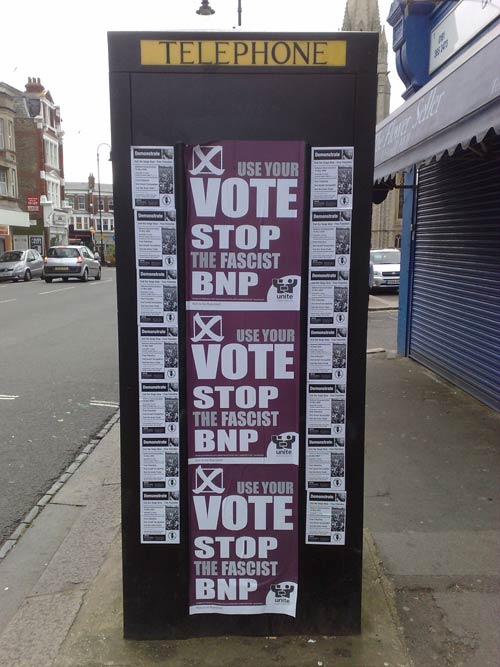