The future of 'the future' - the British Library and technology

We take it for granted now that libraries carry a great deal of digital information and services. Indeed, one of the future construction projects mooted for the British Library site is a Digital Research Centre.

However, the building was chiefly conceived and designed in the 1960s, when the electronic information revolution was still a good way away.

There were some very forward thinking aspects of the design. All of the reading and staff rooms have platform floors, meaning that there was built-in capacity for almost limitless but unobtrusive cabling throughout the building.

Wifi technology has provided the biggest transformation in the building's use however, which couldn't have been predicted in the sixties. As I can testify from many hours working there myself, the entrance hall and cafe area were designed as 'circulation spaces' for people to transverse the building. Instead they have now become places where people flock to work on their laptops. 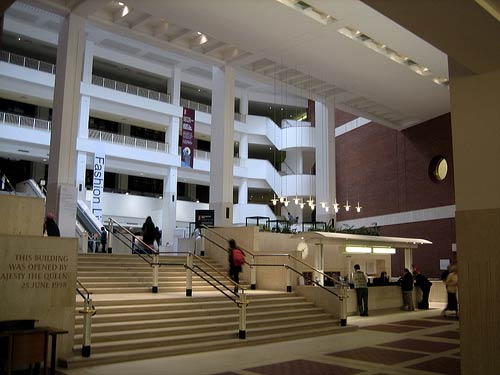 Although an unintended consequence, everyone on the panel at the event, which included Sir Richard MacCormack and M J Long, agreed that this area now had a wonderful buzz about it.

It was also pointed out that a serious consideration in the 1960s had been to put the whole British Library collection onto microfilm. The idea was costed, and it turned out to be more expensive than constructing the building. 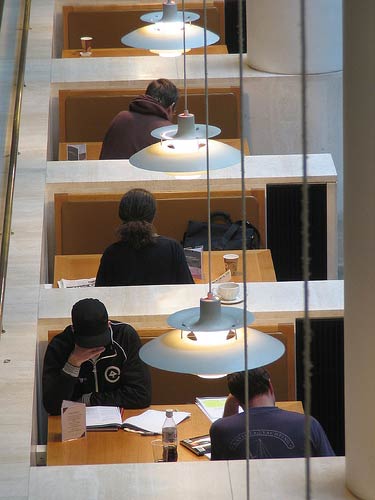 Probably the biggest single technological investment was the decision on the system to convey books from the deep level storage stacks to the readers above ground. In the end despite some rather snazzy alternative proposals, the architects chose the tried and trusted almost Victorian engineering of a system of conveyers and rollers. MJ said that in modelling it in their shed, her and Sir Colin St. John 'Sandy' Wilson had the biggest electronic train set anyone could ever hope for.

One of the questions that was asked on the night was whether digital would replace our current storage methods. Chief Executive of the British Library Lynne Brindley was very forthright on this. She said that:

"Nothing ever appears to be totally substitutional. In fact, digital surrogates generate new interest in physical materiality."

This was backed up by figures - usage of both physical and digital material at the Library is increasing. Digital projects like Turning The Pages are only increasing the reach and interest in the Library's unique physical collection. She expected that parallel publishing would be almost extinct by 2020, and already in some fields like medicine the Library holds more e-journals than journals. 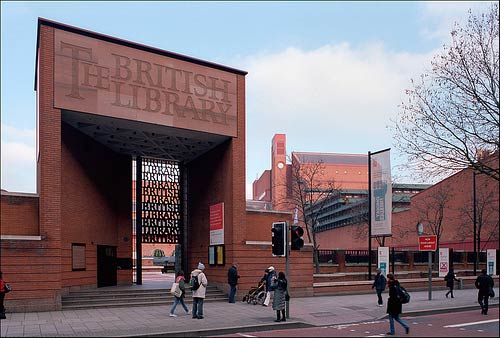 Tomorrow I'll have another post about the recent "A building for now and the future: the British Library after 10 years" evening, looking specifically at the archived newspaper collection.