Over the last weekend I was in Amsterdam attending the 2008 European Information Architecture Summit. The second day was when I was giving my own presentation, in the stunningly opulent Art Deco surroundings of the Tuschinski Theatre. 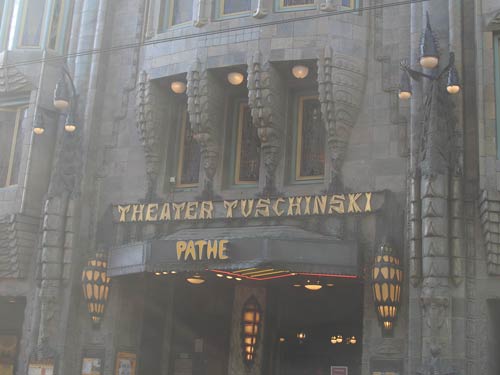 I've been blogging about what caught my ear there, and here are my take-away facts and quotes from Saturday morning's sessions.

There were two panel sessions at the conference. The first was an academic session entitled "Establishing a common ground for IA practice and theory - Mission impossible?". The second addressed the seemingly ever-present existential angst of being an Information Architect, with the presentation of a "Roadmap for a strong IA/UX network in Europe".

I have to confess that I attended neither session, and instead skulked at a cafe round the corner practising my presentation. Slightly disconcertingly, at the table next to me were a couple of members of the British IA contingent, having a discussion about whether they thought it would be worth going to the presentation that I was frenetically rehearsing behind them.

The heavily Tintin themed slides from my presentation are already available on SlideShare. There will be a series of articles on currybetdotnet later in the month based on an expanded version of this talk, which featured a string of examples from a wide range of European newspaper web sites. 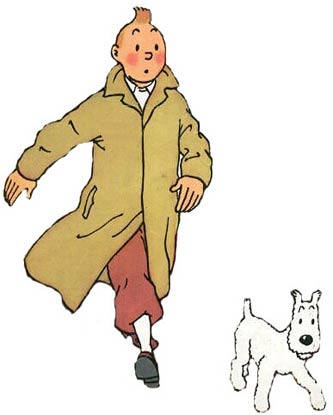 Essentially the message boiled down to:

"In order to compete with the ubiquity of Google search, you need to provide a site search that delivers great results and that has features and a UI that differentiates itself from Google." 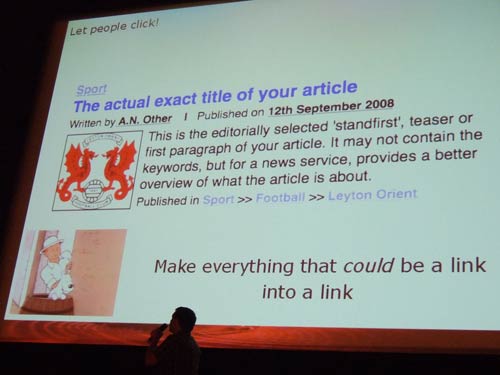 And trust me...the Tuschinski Theatre looks a lot bigger when you are on the stage than it does when you are in the audience! 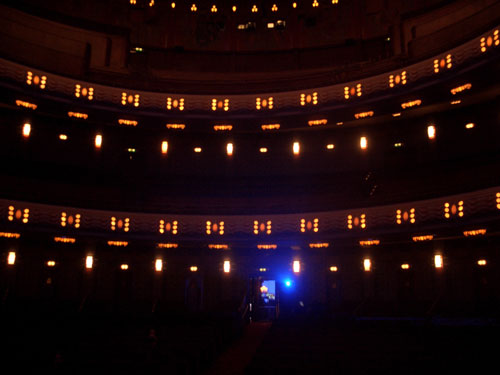 "Frameworks are the future of IA" by Joe Lamantia

He was explaining how designing IA frameworks could help provide the necessary 'sliver of leadership' that could help the new model of consumer-creator in their goal of making web sites and shared information spaces. He insisted that in this sphere - "We have superpowers!"

The case study examples that he provided were all to do with how he felt the web environment was moving closer to the 'rarified air' of the Executive Dashboard. People can grab and fragment web content from all over the place, yet most portlets or widgets are pretty dull, and carry little context with them.

He showed some enterprise examples of using a framework to assemble complex reports from varies data sources into a consistent and manageable user experience. 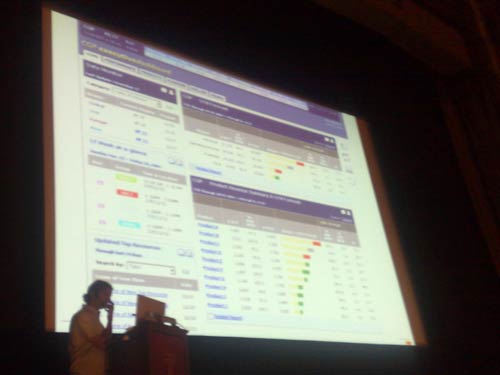 "Maybe you design your frameworks in the shower in the morning. I don't. Although you might think that from the material on display."

I was absolutely gutted to miss this session because it clashed with my own. The slides are available here, and hopefully (nudge! nudge!) the BBC's Internet Blog may have some coverage of what was presented in due course...

I felt very bad about missing Peter's talk on social networks as well. Firstly because I was interested in the topic, and secondly because Peter was one of the first people to notice and start linking to currybetdotnet back in 2003. His slides were pre-published before the conference, and can be found at SlideShare. 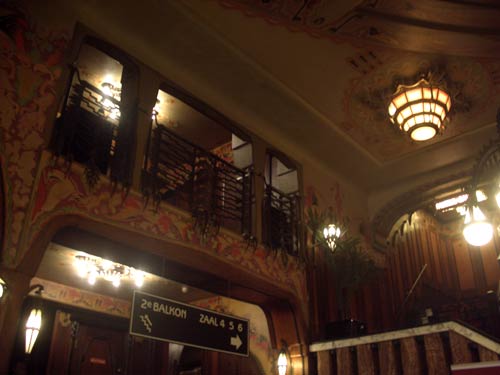 Tomorrow I'll have the last of my round-ups from the Amsterdam Euro IA Summit, with a look at talks by Bogo Vatovec, John Ferrara and Victor Lombardi, plus, of course, the fun of the closing five minute madness.