Over the weekend I've been in Amsterdam attending the 2008 European Information Architecture Summit. It was held at the Tuschinski Theatre, which was a simply amazing venue. Despite a couple of schedule clashes - including missing a much anticipated presentation by Deanna Marbeck and Silver Oliver because it coincided with my own session - I got to see a great selection of presentations. Here are some of my take-away facts and quotes from the morning of day one. 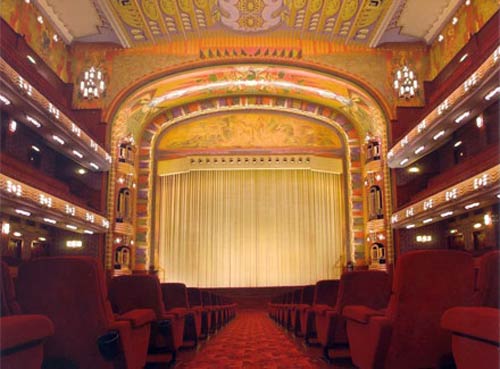 Whilst the Apple brand halo ensures that the iPhone captures lots of attention and headlines, Nokia just quietly go about selling millions and millions of phone handsets, setting the user interface standards for the industry. Although not necessarily the highest standards of taking pictures in low light in a massive theatre. 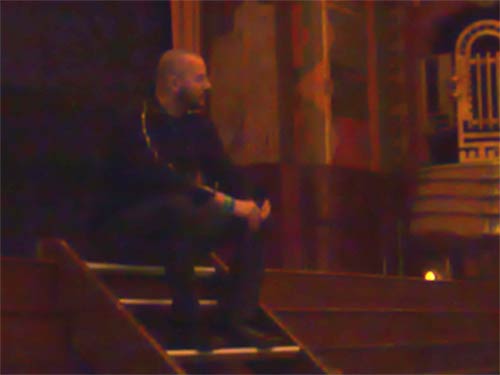 Adam Greenfield from Nokia gave a rather provocative keynote, suggesting that since the halcyon days of 2001, the IA discipline had concentrated on the 'little IA' of taxonomy and ontology and building websites, and missed the big picture of acting as intercessionaries to steer the development of the rise of Mark Weiser's concept of ubiquitous computing.

Greenfield made particular reference to the work of Bruce Sterling, who he saw outline a near-future scenario. In it a couple are moving into a new flat, and are designing and re-designing then purchasing their interior decoration and furniture digitally, which is then custom built for them. In the course of the story, Bruce had suggested that they would need a human expert to guide them through this process, and called them an 'Information Architect'.

Greenfield's point was that Bruce had misinterpreted the term, and made it something much more important and defining in people's interactions with pervasive technology - but the real IA community is firmly trapped in the browser and in the world of the corporate enterprise intranet.

Adam was applauded during the Q&A session for brutally dismissing Second Life and virtual worlds as being essentially 'infantile'.

"We have a perfectly great shared multi-user environment, and its called reality. My body isn't perfect, this stage isn't perfect, and we are all here, decaying together"

My other favourite quotes from Adam were:

"Unless anyone here works for Philips, I'm fairly certain that nobody in this room wants or will ever by a networked fridge."

"Computers sound dorky. Who the hell talks about computers anymore?"

"If you became an IA to help ordinary people wrestle with the monstrosity of poorly designed technical systems, does this sound like a reasonable challenge?"

Adam also wanted to know if there was anyone in the audience who had recently called him a Communist.

"Why information architects are needed in the kitchen" by Ruud Ruissaard

Ruud Ruissaard had a great presentation that evoked the spirit of Gordon Ramsey, asking just what the celebrity chef would make of the state of the IA kitchen. Ruud was concerned that a fraction of the IA effort went into 'back stage' systems than was applied to 'front stage'. 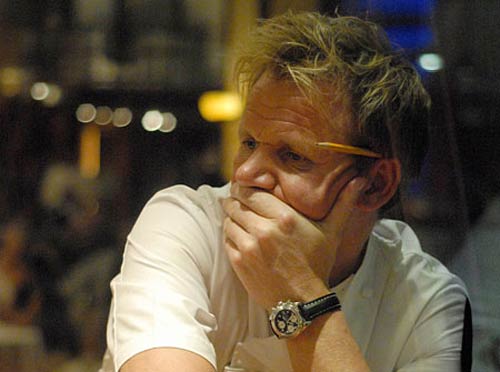 There were some great facts in Ruud's talk, particularly about the satisfaction level and efficiency of IT projects. Quoting a survey of leading businesses, Ruud stated that only 37% were satisfied with their content management system. That somewhat implied that two-thirds of them had wasted time and money on sub-optimal solutions that were not meeting their business goals, and which would require replacing at some point, at even further cost.

He also had a table of how many IT projects finished on time in particular countries. The UK was somewhere in the middle at 11%. Russia and the Netherlands were languishing at the bottom of the table with only 4% of IT projects being delivered on time. Sweden, meanwhile, was streets ahead, with 44% of projects finishing on time. We need some serious further study to find out how they are getting this result. It can't just be down to "being Swedish", can it?

Ruud estimated that there were over 3,000 CMS systems on the market, varying from closed source to open, and from cheap to expensive. He also reckons that the Dutch Government is currently using a mind-boggling 110 of them - which may even be more than the BBC does!

"Integrating web analysis in the UXD process" by Erik Verdeyen

Erik had a risky topic, as I've seen presentations about web analytics use descend into a series of slides of ever more complicated pie-charts and graphs, but he avoided that - and also had a tough assignement because his co-presenter hadn't made it.

He also, whilst selling the value of analytics, made the key point that:

"Analytics doesn't replace anything. It doesn't tell you how to improve, or how to meet your goals"

His argument was that UX people and IAs in particular were more suited to analysing this kind of data than engineers or marketers, because they already have a greater understanding of how people behave on the web.

One of the most interesting questions asked was whether Erik had been able to 'prove' a correlation between the results of eye-tracking studies and the actual actions of the user. A lot of people in the IA community are sceptical that eye-tracking charts are useful for anything other than as eye-candy for impressing managers. Sometimes, of course, that is a useful result in itself. Erik showed a chart where the 'hot spots' matched the clicked links closely, but I'm not sure he changed anyone's mind.

Erik also made one of the very few mentions of SEO at the conference. With regard to search engine advertising, he suggested that there needed to be:

Chiara Fox gave an engaging talk about the subject of content analysis, which was impressive given her jet-lag and the sheer number of Excel spreadsheets it involves. In fact, Chiara confessed to living and breathing Excel. She pointed out that she would be a poor consultant if she didn't start with a Venn diagram, and lamented that when doing content analysis, IAs didn't get to use a massive electron microscope.

Chiara was particularly reassuring about the kind of sample size needed to do a 'content audit' rather than a full 'content inventory'. In the latter, particularly for something like a migration project, you need to get a handle on every single bit of content. For the former, provided you have captured the navigational spine of a site, even touching as little as 2% of the content can be sufficient.

Rather sweetly, Chiara assumed that the 'Wizard of Oz' may be too specifically an American reference for a European audience. 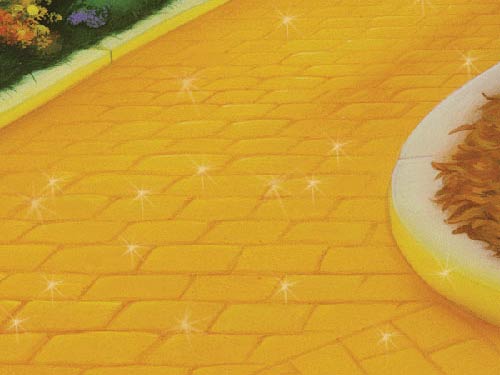 A good question from the audience was how to document an increasingly complex Web 2.0 world. Unsurprisingly, Chiara reached straight for Excel again. She suggested that you can document the end-points and extreme 'states', even if, in a more fluid web app, the concept of the 'page' has been dispensed with.

My favourite quotes from her presentation included:

"You're thinking: 'Chiara, that's great, but my site is huuuuuuuuge, and you want me to make a spreadsheet? That's crazy!'"

"Have your bots do your work for you"

"The problem is that some people just don't think in Excel"

"We do have a couple of seats in the front row for anyone who doesn't want to be a fire hazard sitting on the stairs." 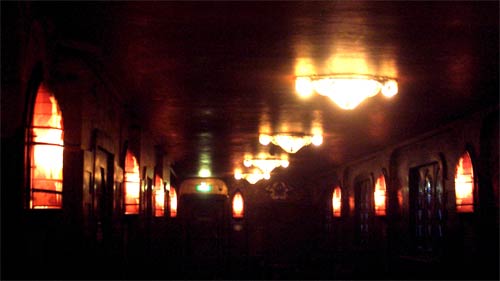 Tomorrow I'll have some more from the EuroIA Summit, with lots of planes and trains, but no automobiles.