Games and Social Networking driving more young Greeks to use the internet?

I merited a brief mention in this post on the UrbanGreeks blog about internet activity in Greece - "Internet: The Nerdy Kid That Nobody Wants to Play With". I get quoted about my ordeal trying to get even a basic phone-line from OTE, the state monopoly provider here.

"My experience of trying to get a connection set up here didn't do much to counter theory [that OTE are a major bottleneck to internet access]. Once the paperwork is done it takes twenty days to get a simple phone-line installed, before you can even consider upgrading it to carry ADSL."

In fact, twelve months after we first moved into our house, we do now have a phone-line and some limited internet access. Despite initial fears that the line installed was of such poor quality that we would struggle to get dial-up access to work, we are able to use internet access scratch-cards from an ISP called Forthnet. 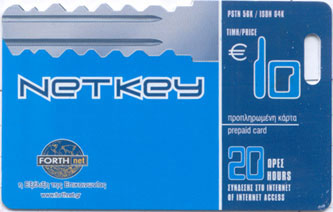 You can buy the cards from kiosks around town, and for €10 we get 25 hours access, plus a further 25 hours bonus, making 50 hours in all. On top of that though, we still have to pay OTE for EPAK access to the service, which apparently works out at around €0.35 per hour in peak times, and €0.17 off-peak. However, we are yet to have our next OTE phone bill, so currently the cost is a little bit of a worrying unknown. [1]

We have enquired about getting broadband again this year, which was met by the reply "Your area doesn't have broadband. Come back and ask again in two weeks".

In this case, the two weeks, as we've learned, isn't any kind of indication that OTE are doing work in the area and that ASDL might be available soon, it is more a kind of polite colloquial "No chance mate!"

The UrbanGreeks post looks at some reasons that Greece's use of the internet is the lowest amongst the 25 countries in the EU, aside from the obvious difficulty of getting a decent connection speed - my dial-up access is a rip-roaring 31.2kpbs. Or indeed the difficulty in getting any kind of connection at all.

Greeks essentially don't sit in front of computers because they don't see any value in it. This is a social people that puts more emphasis on being with friends and family rather than isolating itself in a room with something that doesn't talk back. People here thrive on social interaction and each major city has a plateia or a place to hang out where friends congregate. The weather in Greece helps to further this notion. Who would want to sit indoors on a bright, sunny day when your friends are at the cafeteria, the beach, shopping districts, outdoor tavernes, or other places that contribute to Greece's unique "nobody-stays-home" culture?

That rings very true to me, and goes some way to indicating why I haven't quite fully assimilated the lifestyle here. You have to remember I'm the type of person who has acquired the nickname "Laptop bloke" in more than one pub across Europe, and I spent much of last summer enjoying the outdoor lifestyle in Crete - but with my laptop firmly connected to the wifi at the Notos cafe in Chania harbour.

There may yet be a generational shift in Greek society taking place though.

My current regular internet cafe - Triple W - has a darkened room full of computers usually occupied by kids between the ages of 10 to 18, all enjoying instant messaging, updating their MySpace, getting music downloads, and playing each other at multi-player first-person shooters, strategy games, and online phenomena like World of Warcraft.

It remains to be seen whether this group of young Greeks will grow up and find hanging around the Plateia to be their number #1 choice for social networking.

[1] Fortunately my long established preference for working on my blog between 10pm and 1am should keep the bills mostly off-peak. [Return to article]