Yesterday I got a shock when I went in to work, to find that the side of my office which had recently gained an Olympic Plaque on the wall, had suddenly been covered up by a flag.

In fact it was shrouded in preparation for it being formally unveiled in front of BBC Director General Mark Thompson, and President of the IOC, Jacques Rogge.

The plaque commemorates the 1908 Olympics held in White City, and also the centenary of the British Olympic Association. 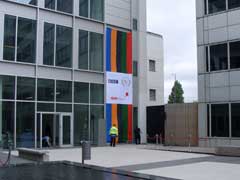 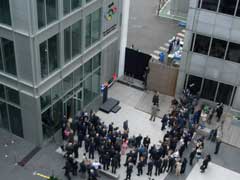