After a lengthy hiatus, Hacks/Hackers London was back this week with a data journalism themed evening. First up was Marianne Bouchart from hosts Bloomberg, whose plush offices gave the whole evening a rather different feel to the usual dingy pub basement.

Marianne started with an overview of the company and the impressive array of data sources they use — some 11,200 of them — from brokers to banks to researchers to analytics companies.

She took the room through a walk-through of the Bloomberg data terminal that subscribers and Bloomberg journalists use. To anyone of an earlier vintage it is pleasingly reminiscent of MS-DOS and CEEFAX — all monospaced type on a black screen, which a host of functionality that all has to be launched from a command line. 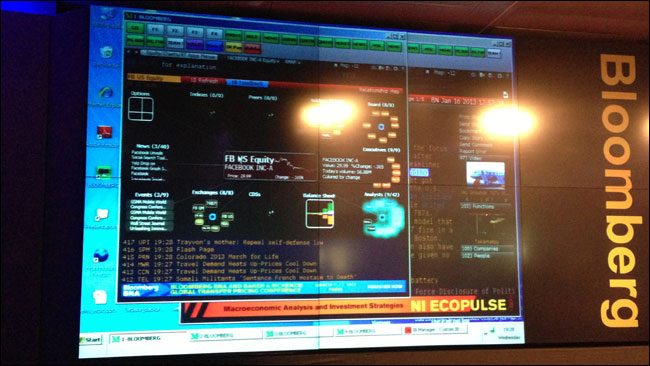 Marianne’s demo of the Bloomberg terminal

From a UX perspective, it is entirely alien to anything you might design as a modern mainstream information service, but it really does the job. Once, when I was meant to be observing Andrew Sparrow live blogging at Parliament, I ended up mesmerised watching a journalist next to him hammering away at the Bloomberg terminal in the same office. Although the learning curve is steep, the keyboard shortcuts on the custom hardware, and dense information display help people get their jobs done. 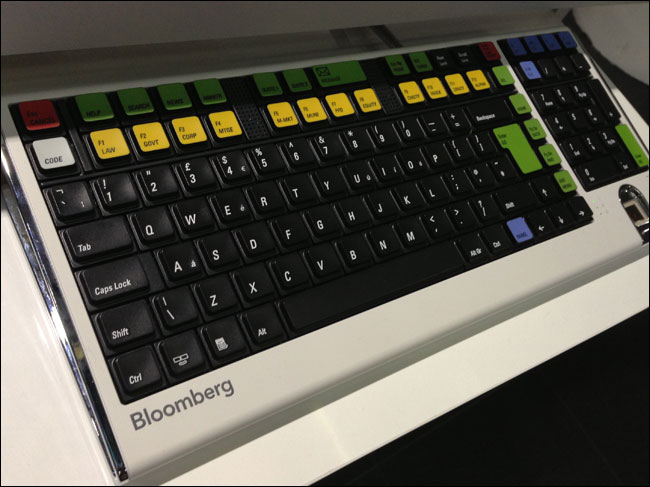 A Bloomberg journalist in the audience explained that the screen was optimised for long periods of use, pointing out that programmers often favour working on screens with a black display background for their code rather than the brightly-lit white screens often used on the web. As Marianne said, the roots of the system are three decades old, and she “wouldn’t want it any other way.”

Bloomberg’s Professional terminal service is around $2,000 per month, and they have over 300,000 subscribers. They’ve gradually thrown more and more data and news sources into it to keep the user hooked — during Marianne’s demo I noticed racing results and the latest soccer scores flashing through the news ticker.

Marianne was illustrating how the terminal could be used with rather more serious data, looking at the ability to map global market shares in goods like cars, or zoom in to a particular ship’s location to find out more about it.

Bloomberg journalists are able to create maps and charts and data views within the terminal, and then hyperlink to them from within stories. The data can also then power charts and tables on the Bloomberg website.

All Bloomberg journalism, Marianne said, is data journalism. She explained that everyone will tell you “now is the time for data visualisation”, and she said that Bloomberg are committed to taking their place in this world, with an increased use of data-visualisation and interactive graphics on their site. 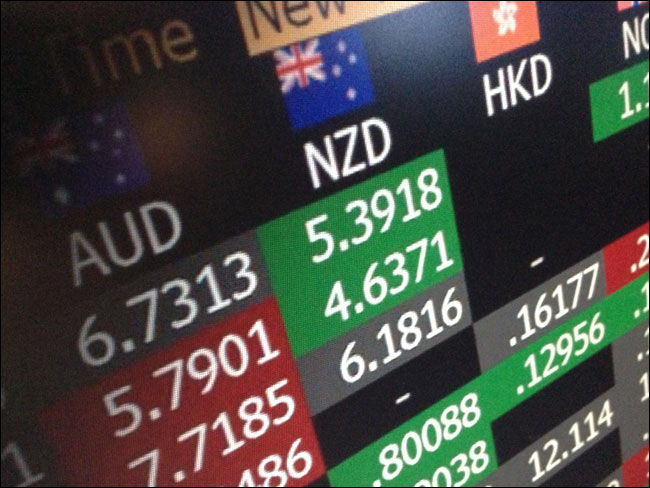 In a break from the usual format, Hacks/Hackers London had four talks, rather than the usual two. Next up I’ll have my notes on two talks given by speakers from Thomson Reuters — Sam Arnold-Forster and Himanshu Ojha.