Poppies are for remembering people, not politics 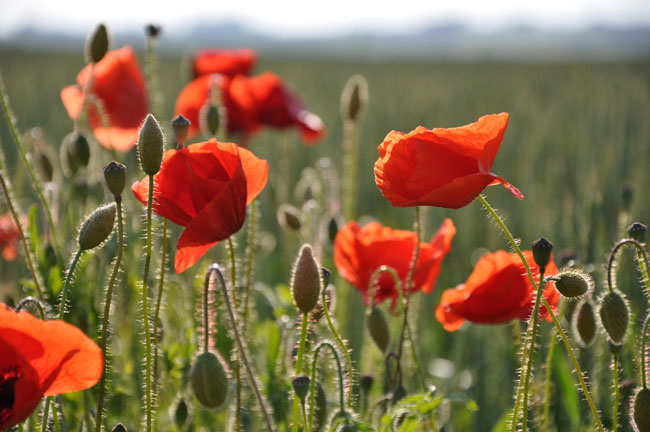 When I was at school, I can remember some pupils campaigning to be allowed to sell and wear the Peace Pledge Union’s white poppies, alongside the British Legion’s red ones that others were wearing. The school authorities refused, and at the time I thought passionately this was the wrong decision.

But over the years, my perspective on the red poppy has changed considerably. Where I once saw them as a symbol of aggressive warmongering by the political classes, I now view them as an opportunity for reflection on the human impact of war.

I’m no fan of what I perceive to be growing poppy one-up-manship. The bullying of Manchester United and Liverpool the other year over the club’s initial stances on not wearing poppies embroidered onto their kit was an example, I think, of media pressure devaluing the gesture being made by other clubs. A compulsory gesture is no kind of gesture at all. 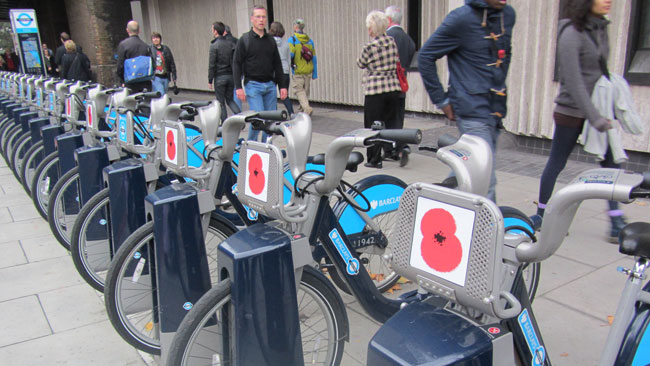 In London, cyclists can choose to hire bikes that have been “re-branded” with the poppy.

During the “poppy season” you can expect to see some outraged article in the right-wing press that somebody at the BBC has made it onto the studio floor of the news channel without a poppy. Regretfully, the media will also give publicity to the cretins burning poppies precisely in order to attract it, much more than they’ve ever covered the cretins on Celtic's football terraces. 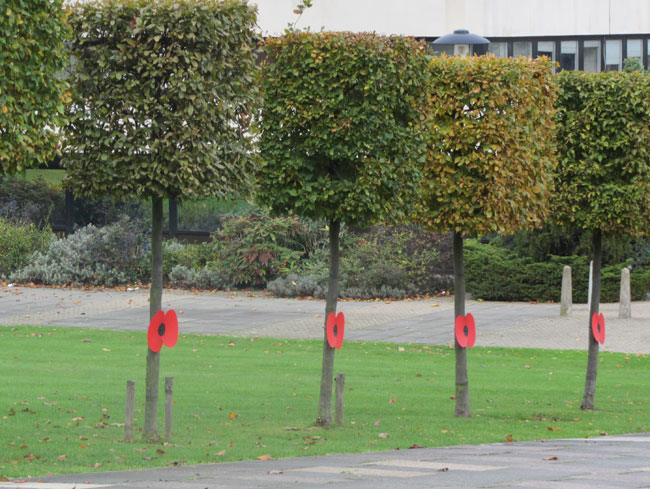 The route to Walthamstow’s Remembrance service is lined with out-sized poppies attached to trees.
Does this add to the occasion, or is it just a bit tacky?

I used to live in Crete, between two war memorials. One was a German memorial to fallen paratroopers during the assault on the island. The Greeks graciously left it standing after the war, despite some of the horrific treatment the Cretan people suffered. It remained relatively unmolested until recent years, when the metal eagle that gave the local area its name - Germaniko Pouli - was pulled down. (Or, ahem, “fell down down in a storm”). 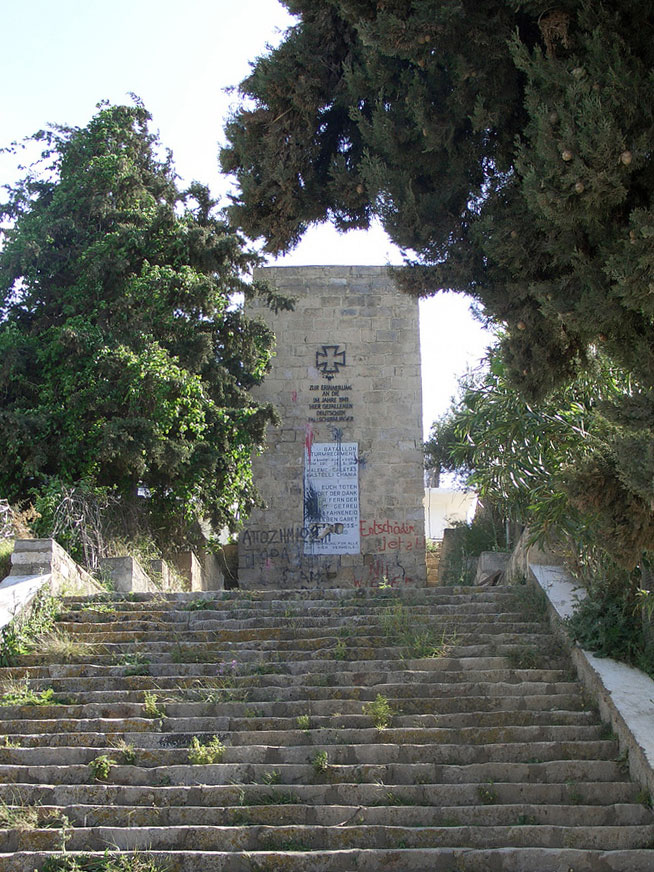 The Germaniko Pouli war memorial in Crete in 2006

The nearby village of Galatas, on the other hand, had a war memorial to allied troops, many of whom had come from the southern hemisphere. I used to wonder at the twist of fate that saw young men sign up to defend their remote Commonwealth Head of State, only to die on an anonymous numbered hill next to a village on a Greek island.

When I think about the war services that my grandparents performed during the 1940s, I wonder what role I would have ended up playing had I lived then. Would my aptitude for the technical have been spotted, and would I have ended up doing something in logistics and engineering? Or would I have been at risk of ending up a name on a stone as ill-suited infantry in a part of Europe or north Africa that I could barely have dreamed of otherwise visiting?

I think our generation is lucky, in that we are extremely unlikely to see mass conscription again. We don’t fight wars that way anymore.

I’ve been no fan politically of the wars that we have involved ourselves in over the last decade. The strength of feeling over intervention in Iraq poisoned the whole of Tony Blair’s premiership, and the way in which we have opted to intervene in some areas - Serbia, Libya - and not others - Zimbabwe, Syria - has left our politicians struggling to preserve any veneer that we have acted in anything other than the basest and most obvious of national interests.

But I can divorce that political feeling from having respect for the sacrifices made personally by British armed forces. It isn’t a sacrifice I would be prepared to sign up to risk. And whilst some families are steeped in military tradition, current economic pressures and high youth unemployment must make the armed forces an attractive option for people who maybe would not have previously considered it. None of them want it to be their families standing solemnly next Remembrance Sunday, reflecting on their personal loss. 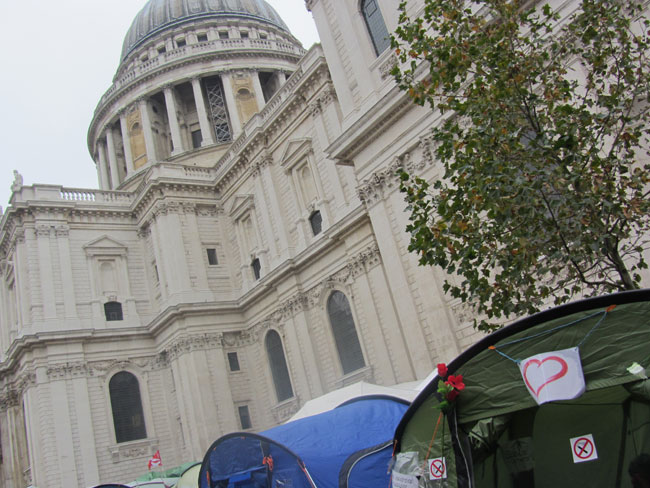 And just as I can divorce the two, so can others. Despite the fuss being made that the Occupy London camp outside St. Paul’s will ruin the Remembrance Sunday service this weekend, and claims I’ve read elsewhere about behaviour towards poppy-sellers, when I was there on Saturday, I noticed several people wearing both V for Vendetta style Guy Fawkes masks and poppies, and tents adorned with flowers.

So when my little daughter has asked me what the poppy on my coat is, I’ve not thought about the politics. I’ve simply told her: “It is to remember the people.”