Labour regrets the copyright error? Not so much.

You might have seen that last week I blogged about the Walthamstow Labour Party stealing a copyright photo from a local blogger, and using it in one of their campaign leaflets - despite being the party who have just introduced draconian punishments for people caught infringing copyright on the net.

When asked about it by the Waltham Forest Guardian, a Labour spokesman said:

"We take great care in ensuring that all our photos are taken by ourselves or are copyright free. It appears in this instance that one of our design team has made an innocent error which we regret."

Well, when I was out walking around Walthamstow at the weekend, I saw exactly how much Labour 'regrets' using the image without permission. It is still prominently on display in their office window. 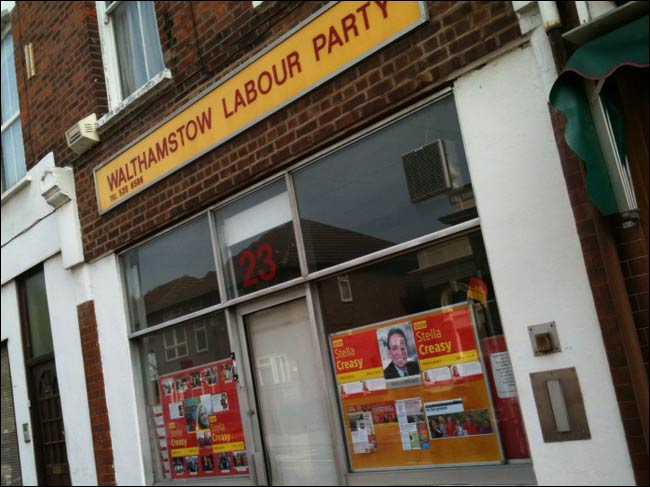 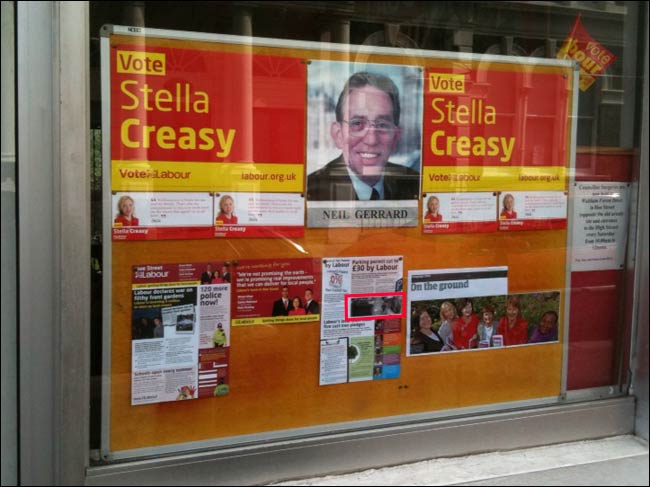 That seems some way short of the apology that blogger Freewheeler, a Green supporter, has been demanding.

[Full disclosure: My father has been a Liberal Democrat councillor in Waltham Forest for 20 years, and is standing for re-election as an independent candidate in a different part of the borough to where this leaflet was distributed]