Katherine Green: "Going to the dogs" at Vestry House Museum

At the end of November I went to Walthamstow's Vestry House Museum to see a talk by photographer Katherine Green. This was to accompany her exhibition "Going to the dogs", which charted the final days of Walthamstow's iconic greyhound racing stadium. 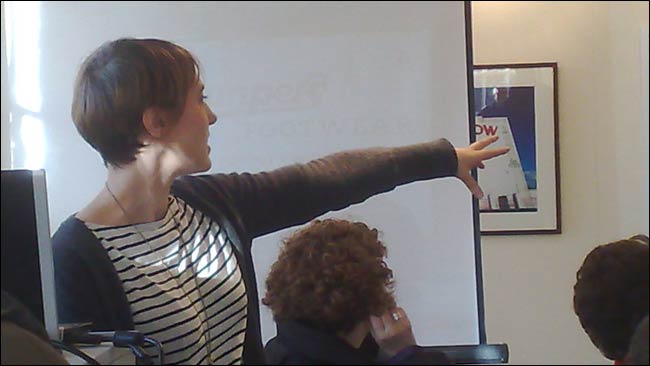 Katherine said that she was interested in documenting things that 'fall outside of the mainstream', and particularly things that struggled to find a marketing voice. When the closure of Walthamstow Stadium was announced, she simply plucked up the courage to call them and get a project capturing the life of the dog track up and running.

She would start by arriving as the stadium opened to photograph the cleaners, and eventually worked her way up to photographing the management. She had found that the staff at the stadium had been warm and friendly, and, in the end, it was the pictures of the people that she was most proud of, rather than those which captured the architectural details. 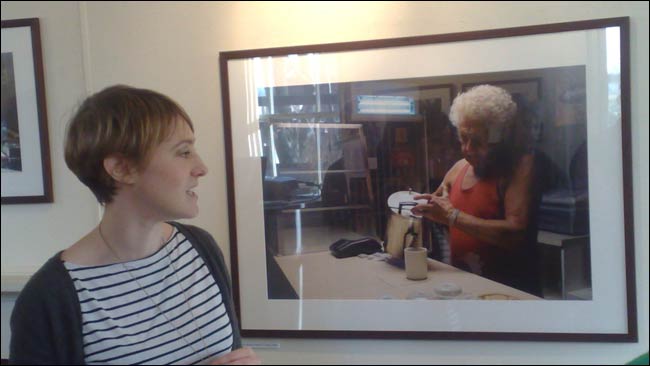 One shot, for example, featured Madge Goward, a mischievous 90-something who had worked at The Stow for 66 years. She hadn't been happy with her portrait and had tried to persuade the artist to include a different picture that she had supplied herself. 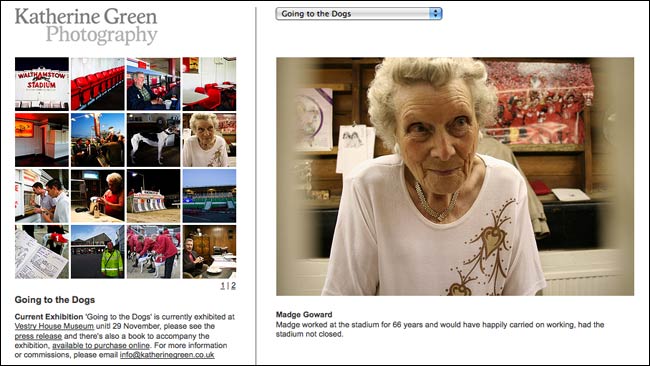 The exhibition in Vestry House had some additional multi-media material. At one end a recording of the crowd sound as a greyhound race took place in the stadium played on a loop. At the other end, a screen displayed cuttings about the stadium taken from the local press, alongside images of race cards and programmes from throughout the stadium's history. 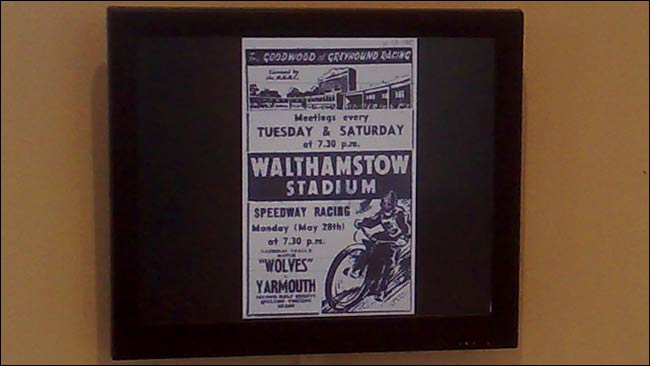 As well as the photographic evidence, Katherine had also collected some oral histories from people working at the track. She said:

"It is important that I give people a voice. It feels wrong to just take their photograph and hang it in a gallery, like I've taken something away from them."

She hopes to make these available as podcasts on the web in the future.

One of those interviewed had been the marketing manager at the stadium, and in his oral history he explains how it was difficult to persuade the owners that they needed a website. Katherine pointed out that the portrait taken in the managerial office didn't feature a computer at all, and that this was a family run business that still operated on very traditional lines.

I have to say that made me feel rather sad, and convinced that the loss of yet another listed art deco local landmark - like the EMD cinema - could have been avoided. The established narrative of the decline and fall of Walthamstow Stadium is very much about greyhound racing facing an inevitable decline due to there being a diversification of leisure interests. However, when confronted with evidence of how the track was not being run in a late 20th century way, or using modern marketing techniques, you have to wonder whether the business practices were just as culpable in the failure of the track as the changing times.

The local paper recently carried a small photo online of how the track looks dilapidated and overgrown as it awaits redevelopment. 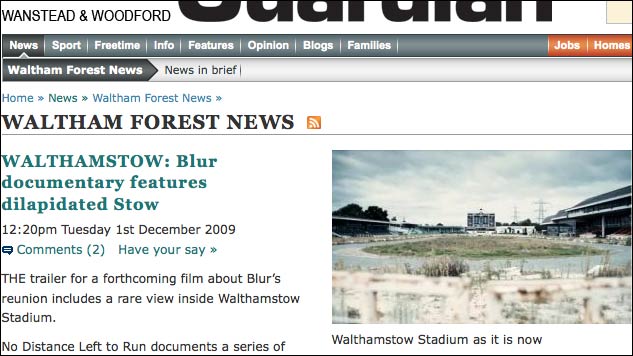 As well as talking about her study of the dog track, Ms Green gave a retrospective overview of her work, and tomorrow I'll be blogging about a couple of her projects that have really interested me - her record of Wood Street where I used to live, and a project to photograph and interview Britain's 1948 London Olympians.