I became a crime statistic last week, when my bike was stolen in Walthamstow.

It has prompted me to blog about something that has been irritating me in the Borough for some time.

On the day I discovered my bike was missing, I'd been in The Mall, where volunteers were out in force trying to get me to sign a council petition.

"Waltham Forest is calling for back-up" is a politically motivated council campaign calling for more police in the area. The Labour-led administration never campaigned publicly against GLA resourcing decisions when the GLA was run by Labour. There are posters all over Waltham Forest claiming that the area is 120 police officers short. 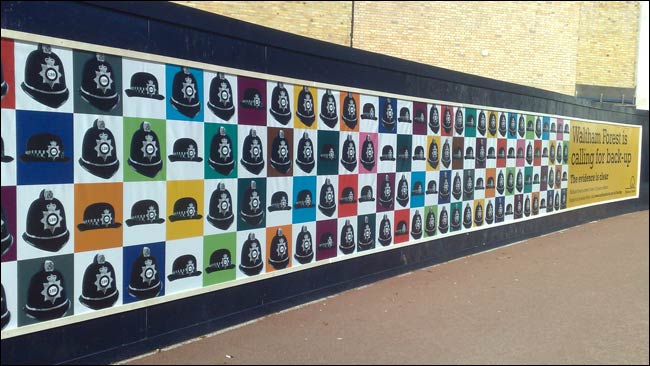 I'm always pleased to see the council fighting for a better deal for residents, and I've got nothing against Labour, or the Liberal Democrats for that matter, taking up policing levels as part of an election campaign. However, I resent the issue being used for a council tax funded publicity campaign that portrays such a negative image of the Borough.

I've no way of knowing whether extra police resources might have prevented my bike being stolen.

But I do know that if I was thinking about committing a crime, giant posters helpfully suggesting I was much less likely to get caught in E17 certainly wouldn't be acting as anything other than encouragement.