During August the London IA Mini event was a redux evening that concentrated on providing a distilled version of the recent UX London conference. I've been posting some video clip of the night, including Tom Coombs presenting a redux of the workshop by Donna Spencer. In his talk, Tom also covered the UX London workshop from Jared Spool. 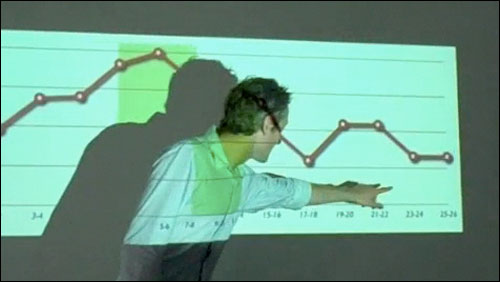 This clip shows Tom talking about the use of 'cute links' which don't describe their destination, and he discusses the average number of words in a successful link. Well, I say the clip 'shows' Tom, but he spent most of this part of his presentation standing behind me in the middle of the audience, so for quite a bit of time he is off camera...

In the last part of this series I'll have a final video clip of Tom Coombs presenting his redux from UX London.