'The Folklore of London' with Antony Clayton at Hornsey Library

Last week I went to another book event at Hornsey Library in Crouch End. This time it was for Antony Clayton's book "The Folklore of London" 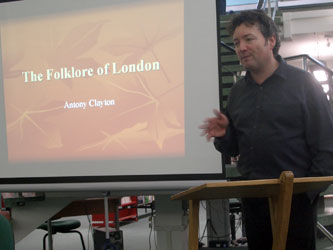 Judging the book by its cover, I had a dread that it was going to be all about Morris Dancing and worshipping "The Green Man", but thankfully it concentrated much more on legends of the urban underground, and curious ceremonies. 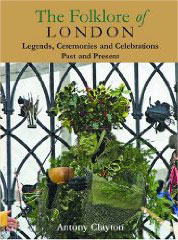 Clayton opened his talk with the story of the Butterworth Charity, and then went on to talk about the "Widow's Bun Ceremony". The latter involves a ceremonial hot cross bun marked with the year being popped into a net above the bar of the Widow's Son Inn. Tradition dictates that the pub is on the site of an old cottage, where a widow faithfully baked a hot cross bun every Good Friday as she awaited her son's promised return from sea. The ceremony is carried out by members of the navy.

One thing that struck me as particularly odd - as if a mouldy collection of hot cross buns isn't - were the Quit-rent ceremonies carried out by the City of London. These involve symbolic rents, in one case in horse shoes and nails, to be paid for the lease of plots of land. Although the rents themselves date back centuries, the practice has not been continuous, and, with limited viewing access to the public, they appear to be a complete waste of time and money, and just an excuse for civic bigwigs to dress up in their glad-rags.

Another story touched on the origins of London's vibrant parakeet community. Their total number in the UK is said to be 30,000 and some people ascribe their importation to a breeding pair introduced to the country by Jimi Hendrix. 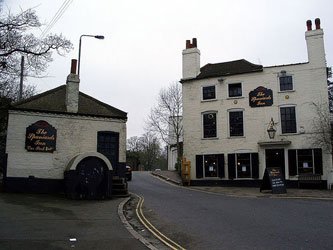 A couple of the tales recounted by Clayton have featured on our numerous ghost walks. He talked of The Spaniard's Inn and its associations with Dick Turpin - all of which seem to be, despite the vast array of memorabilia they have collected around the theme, unfounded. In fact, we've encountered pubs and areas which claim some sort of relationship to Turpin in Haunted Hampstead, Chingford and Cockfosters.

Two stories near the end featured trains. One refuted the myth that there had ever been a locomotive engine buried under the pitch at Wembley stadium. 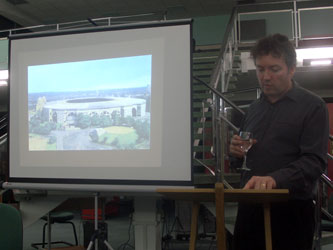 The other saw Clayton very skeptical about a woman ever having fallen down a shaft in the parkland around Crystal Palace and coming across an abandoned carriage from Thomas Webster Rammell's Crystal Palace pneumatic railway, complete with skeletons in Victorian dress. 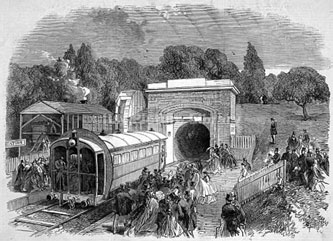 The talk was mostly accompanied by photographs of Antony's visits to various locations and ceremonies, and was quite entertaining. The speaker himself was a bit late and spiky about how long it had taken to him to get to the depths of Crouch End, and so there wasn't really much time for Q&A at the end, which was a shame. It did mean we got to spend a little bit of extra time at the beginning drinking our complimentary mulled wine though, which wasn't a bad thing at all. 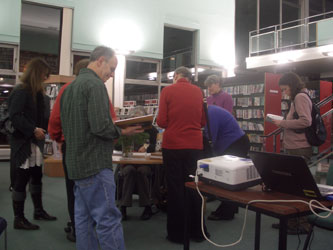