There will be one piece of Olympic politics and protocol closely observed from the spiritual home of the Games during tomorrow's opening ceremony in Beijing - whereabouts in the parade of athletes those representing Skopje will feature.

Politics have featured in the athlete's entrance several times over the course of the history of the Games. Most recently, in 2000, the significant event was the way that the athletes from divided Korea marched. Although their separated nations are still technically in a dispute that could re-ignite into war at any second, representatives from North and South Korea marched together as one team, behind a specially designed united Korean Olympic flag.

Athletes traditionally file into the stadium in alphabetical order in the language of the host nation - and so the issue for Greece will be which Chinese letter the Olympic Movement recognise as being the start of the name for the 'Former Yugolsav Republic of Macedonia'. The Greeks will almost certainly be wanting them to march as an 'F', whilst the small nation itself I'm sure would prefer the recognition that their name starts with an 'M'. 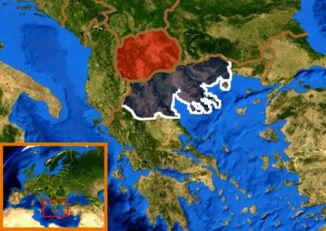 The temperature of the dispute between the two countries has been hotting up over recent weeks. The Prime Minister of FYROM, Nikola Gruevski, has written to the government of Greece, and to the European Commission, complaining of the way that the 'Macedonian minority' is treated in Greece. For his part, Greek Prime Minister Kostas Karamanlis replied that:

" There is no Macedonian minority in Greece. There never has been. In this respect, any allegations regarding the existence of such a minority are totally unfounded, politically motivated and disrespectful of the historic realities of the Region."

The Karamanlis argument is only slightly weakened by the fact that the non-existent minority have their own political party which has contested Greek elections. 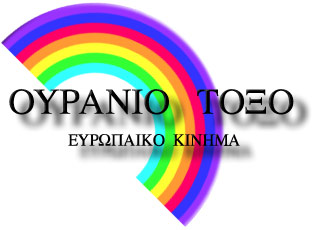 More creditably, Karamanlis also said in his reply that:

"I am convinced that the future of the Balkan countries lies within the European and Euroatlantic institutions and not in nationalist formulas of a bygone era which must be left behind once and for all."

The seating of representatives from FYROM has caused problems in the past. At the UN they are diplomatically listed under 'T' for 'The former Yugoslave Republic of Macedonia'. At NATO they don't have a seat yet, and won't do, since Greece has vetoed their entry until the name dispute is resolved.

Currently, the IOC list the nation as 'Former Yugoslav Republic of Macedonia', with the three-letter code MKD, which implies they will come in the stadium tomorrow as an 'F'. We shall see.