In just a few days time, at the closing ceremony of the Beijing Olympics, China will hand over the Olympic flag to London.

I'm quite relieved it is just the flag actually, because I had this terrible mental image of them handing over the Olympic Flame, and then Boris having to keep it burning in his draw in City Hall for the next four years. He'll be receiving the flag though, from the Mayor of Beijing, in a handover ceremony which I'm fairly certain Ken Livingston was really looking forward to. London will also be staging an 8 minute section of the closing ceremony - presumably with no fake fireworks or miming children to upset the sensitive British press.

Back in the UK, the Olympic Organising Commitee have put together a party to celebrate the handover.

They are asking people to contribute their own images of British celebrations.

Reassuringly, for those keeping a close eye on the Olympic budget, rather than build their own video upload system, they've co-opted YouTube and Flickr. 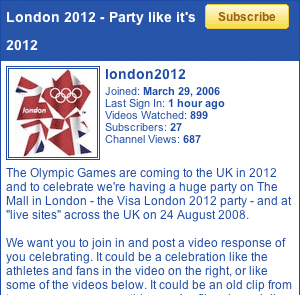 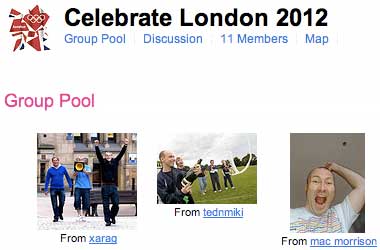 They are hoping to use the clips and images on big screens as part of the celebrations. I'm not entirely sure what they'll get, but hopefully it will be a chance to show the world that British people can celebrate at sporting events without smashing things up.

Judging from some of the comments on this blog piece by Tom Fordyce about the Beijing Opening Ceremony, the rest of the world may take some convincing:

"What will you British show us? Fish and chips? Or drunk and pregnant teenagers killing each other?"