We are all familiar with the basic history of how mankind developed the written word. Initially, to keep any message preserved, or available to be read by a large audience, you basically had to bang it into the side of some rock. This wasn't a very portable format, and it certainly didn't have RSS feeds.

Over time humans improved their written communication, when they realised they could mash up trees for paper, or write on the insides of dead animals. This culminated in whole factories of monks carefully copying hand-written books, adding their own customisations in the form of elaborate decoration.

Gutenberg transformed the information distribution mechanisms of the Middle Ages with his printing press, allowing more and more information to be placed into the hands of an increasing literate population. This, of course, was a disaster for the monks who had enjoyed a virtual monopoly over the ability to produce books for centuries. Presumably, if there had been a monk equivalent of the RIAA at the time, they would have been suing the people who bought or glanced at the new mechanically re-produced books.

By the late 19th century, public libraries were huge storehouses of knowledge, all of it carefully organised by a worldwide army of librarians. We had more of the printed word than could comfortably be stored in one place, and so techniques like the microfiche were developed.

And finally, Tim Berners-Lee built upon Vannevar Bush's idea of the Memex, and introduced us to the World Wide Web, with the promise of interconnected virtual documents containing the sum of all human knowledge, at our fingertips anywhere we could connect to the network.

But that wasn't the end of the online information revolution, because a few years back, someone decided it would be a great idea to get all you need to know about everything, instantly, in the 200 pixel by 140 pixel shape of 'The Widget'. 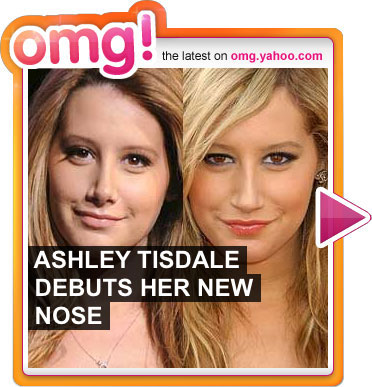 There is plenty of money being pumped into widget development strategy. In a recent article for FUMSI, Barry Graubart wrote:

"Users have already made it clear that they want their content, their way. Those publishers locked into the Web 1.0 portal mindset will find themselves losing market share. While it's impossible to project where the market will be in 18-24 months, forward-looking publishers will begin to engage their users with widget technology and move forward with their users"

Let us start by understanding what I mean by 'widget'. Quite a few publishing platforms on the web and the computer desktop have been grouped under this generic term. They include the gadgets you can add to your personalised iGoogle page, and the widgets you can download from Yahoo!. Then, for your desktop, there is the Dashboard that comes built-in to the Mac operating system, and now the Windows Vista sidebar from Microsoft.

Another kind of of widget is the type of distributed content that users can embed in their own web pages or online social profiles. I'm talking here about Flickr badges, Last FM playlists, and the content that can add "bling" to a Bebo or MySpace profile. Some platforms, like TypePad, operate a closed widgetsphere, whilst others will allow just about anything to be added to any page. Generally, when talking about 'widgets' we also include Facebook applications in the mix, even though these are often a lot more sophisticated than the average widget.

There is no doubt that people are becoming more used to seeing widgets as they go about their digital lives. The gradual roll-out of Windows Vista to corporate enterprises will increase the number of people using the sidebar as part of their everyday work. There will shortly be a whole swathe of young consumers using the internet who have grown up completely used to decorating their MySpace, LiveJournal or Bebo profile with digital trinkets.

Now of course, drawing sweeping generalisations across such a wide sphere of web activity is a risky business, but this is my outline of the basic architecture of most widgets.

OK, that is a huge over-simplification, and widgets in different environments will have a different feature set, but the basic features are there - a way to customise the widget, a way to close or delete the widget, some updating content being pulled in from a source on the web, and a link to the widget providers homepage. Web-based widgets, as opposed to widgets for the desktop, will also generally have a link allowing someone else to add the widget to their site in turn.

In the next part in this series, I want to look at how to prioritise those features.