It is forty years today since Yuri Gagarin, the first man in space, was killed in a plane crash. He was just 34, and died before the cold war space race reached its climax. He never saw a man walk on the moon.

Over the years there have been various theories about what caused Gagarin's death during a MiG-15UTI training flight, and even as recently as a couple of years ago there were moves in Russia to re-open the files on the case.

I think the doubt has in part been sparked because at the time in the West nobody believed the official version of anything emanating from the Soviet Union, and in part because it is hard to imagine that someone who achieved something so amazing could die in a random air accident like that. 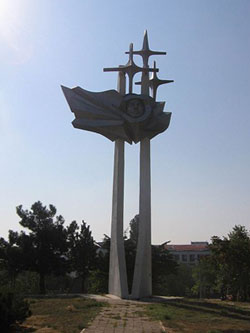 YouTube has got several videos of Gagarin in his heyday making the first manned space-flight, or receiving the adulation of the Russian crowds upon his return.

Unfortunately they all seem to be accompanied by hideous Europop techno music, and a set of comments where Russian and American kids bicker with each other as if the space race was still going on.

The BBC website used to have an audio clip of the Russian TASS broadcast announcing his momentous voyage, but it evades me at the moment. If your Russian is up to it, there is a full transcript of the Vostok 1 flight communications available on the web.

As a child I was fascinated by the idea of going into space - actually, let's be honest here, I still am - and so Gagarin was a figure of awe. And then as a moody teenager he still loomed large, striding across the front cover of the bleak Sheffield electronic landscape of The Human League's "Dignity Of Labour" single. 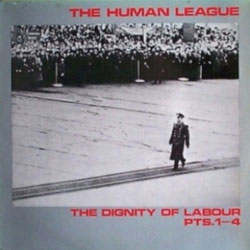 Gagarin is buried in the wall of the Kremlin. I visited Moscow in 1988, and I have to confess that although my trip was allowed to file past the embalmed corpse of Lenin, I don't recall noticing Gagarin's grave, which is a real shame. 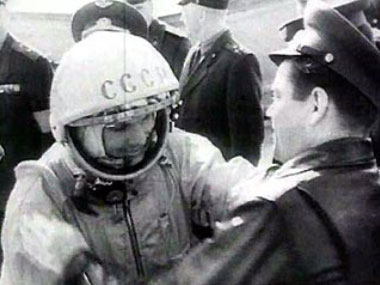