My Flickr photos from Torcello, Salzburg and Frangokastello on the web

Every now and again I like to write a little run-down of sites that have been using my Creative Commons Licensed photographs from Flickr. With all the moving around Europe I've done since I left the UK in 2005, it isn't much of a surprise to see that the three photographs I've recently been asked about are from three different countries.

The About Archaeology site has used one of my shots of the exterior of the Santa Maria Assunta in Torcello. Torcello is one of the islands on the fringes of Venice, and the church was the first cathedral of the fledgling city state. 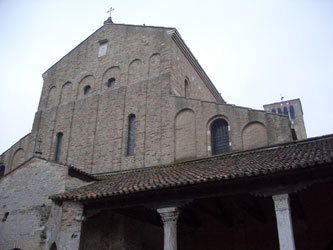 It was a rotten rainy windswept day when we visited Torcello, and not the nicest weather to mostly be spending on a vaporetto. The church was worth it though, as it has some exquisite 11th century mosaics. Photography wasn't allowed inside the church itself, but the Wikipedia entry on Torcello features this image of the interior. 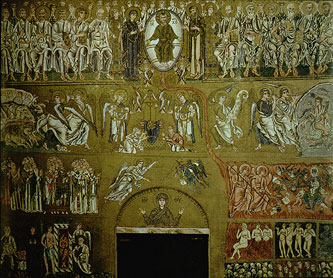 Next up is a shot of Salzburg Airport, viewed from the top of the Untersberg mountain. 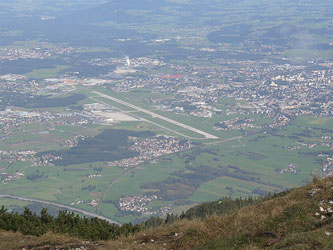 I took this picture about two weeks after I arrived in Austria to work for Sony NetServices. As I wrote at the time, on the temporarily renamed 'Some Edelweiss Of Our Own':

"With Claire's phobia of heights, and my hatred of flying, getting a cable car nearly 2km up the side of a mountain probably isn't our combined preferred method of transport".

My photograph is now featured on a page listing the cheaper flights out of the airport - a page which might have been quite helpful when we lived there actually! Or if I'd got my tickets to go and see Greece play in Salzburg during Euro2008.

Finally, and literally closer to home, a Greek Island Postcards site has used one of the images I took of Frangokastello when we visited it on our Cretan road trip last year. 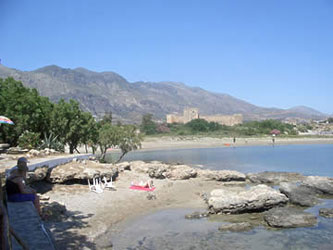 It isn't one of the best shots I took there, in my opinion, as there are much better photos from me on Flickr of Frangokastello fort, and the sunset and dawn around the coast. 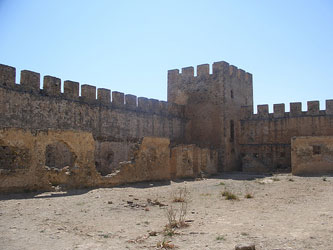 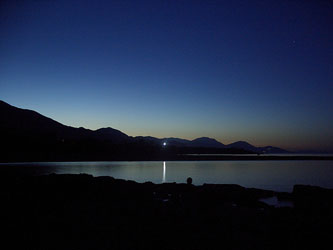 I was going to link to the story of our stay there, but it appears that despite writing about 150 blog entries on 'A Lemon Tree Of Our Own' about our trip around Crete, I never got around to finishing and writing about the last day of the holiday.

Which is a real shame, as at Frangokastello we got up before dawn to go on a ghost watch of one of the few reputedly haunted areas of Crete. I really, really must write that story up...