Some very British reporting of the Chania court case

For much of this week, my adopted hometown of Chania has been the focus of some of the British press pack. They've been here following the trial of John Hogan for the death of his son last year in Ierapetra. 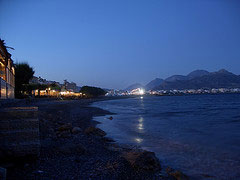 Some of the coverage has been ripe with cultural ignorance. Germaine Greer, for example, writes a textbook feminist interpretation of the trial - well, I suppose that is her job - that fails to take into account any local Greek sentiment.

Children here, sons especially, are idolised almost to the point of worship. I'd wager that to the average Yianni on the street, Hogan was self-evidently mad at the time of the incident, since what else could explain his actions? What his ex-wife may have done or said would hardly figure into the equation.

The best example of purely Little Englander coverage I spotted though was in This Is Bristol - 'A dark cloud over sunshine island'.

"We never really sensed much of a contrast between when the trial was in session and when it wasn't. To our foreign ears, it seemed a constant menagerie of babble, which the locals understood and we didn't, mixed in with mobile phone ringtones".

Yes, damn those Greeks, and their bloody insistence on speaking Greek in their own judicial system. 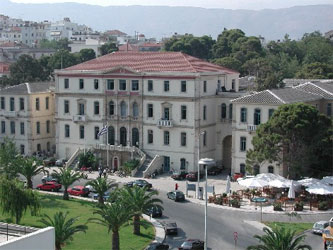 Mind you, I do have a little sympathy for that point of view. It will almost certainly be the same attitude I exhibit this afternoon when I discover, yet again, that the Greeks in my local bar would rather watch some no-mark Greek Super League game featuring Skoda Xanthi or Ergotelis than some no-mark English Premiership game between Aston Villa and Blackburn.

Read other recent posts about: Greece, Media, Newspapers, The Guardian