The furore around the unpleasant things written about A-list blogger Kathy Sierra sparked a well-intentioned but ultimately misguided attempt by the great and the good of blogging to frame a code of ethics for the online world.

The inevitable failure of this initiative stems from the fact that regardless of how many sheriff badges you can stick on your blog, the kind of people who don't want to play by the normal rules of social interchange are going to ignore them anyway.

These issues have come to the forefront in the English speaking section of the Greek blogosphere over the last weeks, following the treatment of blogger Devious Diva.

On her fantastic blog - This Is Not My Country - Devious Diva has not been afraid to write about issues that have shamed Greek society during the year that I have been living in the country.

She has written about the fate of 11 year old Georgian immigrant Alex Meschisvili, a boy who it is widely suspected was murdered by a gang of children, who were then helped by their parents or grand-parents to hide the body. A year on, his fate and the location of his body remain undetermined.

She wrote about the brutal gang-rape of an immigrant school-girl, which was apparently filmed by some of her class-mates, and which the school authorities reacted to by suspending the victim from school for her part in her own ordeal.

On her blog she has hosted posts by guest bloggers including Abravenel, telling the story of how he first encountered the swear-word Malakas, when it was daubed outside his house in anti-semitic graffiti.

She has reproduced lengthy articles about the way Greece remembers, or more often, fails to remember, the role of minority populations during the terrible upheavals of her history, including this series on the erasure of the Jewish Cemetery in Thessaloniki.

And most vividly she has written about the fate of the disadvantaged Roma people living near her, in a brilliant set of posts which looks at the impact of state social policy on the sizeable and poverty-stricken Roma minority living here in Greece, and particularly the impact on their children. 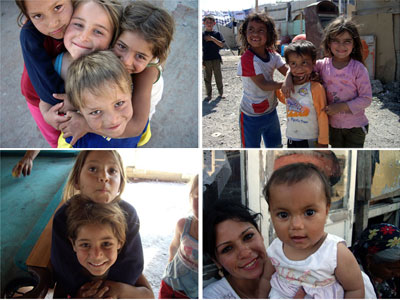 However, talking about these issues freely in a public forum like the internet offends some Greeks, and these people were not content with simply posting abusive and racist comments directly on the This Is Not My Country blog.

Instead they went further, and outed Devious Diva, who blogs anonymously, by circulating and publishing her personal name and details on the internet.

No blogging A-list inspired badge scheme is going to curtail behaviour like that, or the impact it can have on an individual:

"It would be a lie if I said I wasn't scared and overwhelmingly sad about this recent turn of events. I am sure that that statement will give them a perverse thrill but perhaps they don't understand and probably never will, what it is like to be threatened (by complete strangers) just because I write about the issues I care about. Mostly the hatred comes because I am perceived to be anti-Hellenic, but is magnified because I am a 'mongrel' a 'half breed' and an 'ugly feminazi bitch' and any number of insulting and disgusting insults that they can think of."

Thankfully, Devious Diva has been strong enough to take something positive out of the whole unpleasant experience.

"the result of this originally racist action has backfired on the perpetrators. The Roma series especially, has received more attention than I could ever have hoped to achieve myself."

So instead of sticking a nice "please behave" badge on my blog, I'd rather show my support for bloggers like Devious Diva by asking you to take two minutes to read some of the posts on her site that I have linked to.