One of my Flickr photographs inspires a stinky Ficlet

I only discovered Ficlets via a comment on one of my Flickr photos saying it had been the inspiration for a short story. 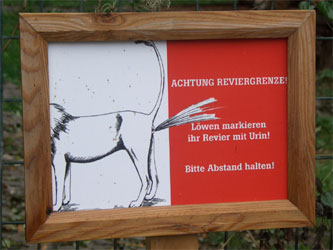 Ficlets allows you to post a prequel or sequel to somebody else's short story, so maybe I should write something adjoining the story based around the fact that the lion in Salzburg Zoo actually rejoices in the name "Stinki"? 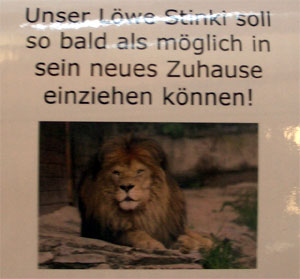