A snip at just around a pound a second

The BBC has unleashed a torrent of criticism for a rebranding exercise for BBC One, which seems quite crassly timed alongside news of job cuts in the Journalism-formerly-News department. 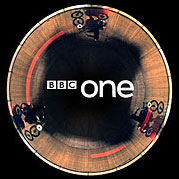 Dave has already pointed out some of the contrasting approaches of the press to the news, but I was quite interested in the maths they all used.

The Daily Mail says "The BBC has spent £1.2 million of licence payers' cash on 80 seconds of programming", timing the 8 idents at 10 seconds each. The Sun works the cost out to be £5,000 per second, because they time the idents at 30 seconds each.

Another way is to look at the value they represent from the number of plays they get, and their cost over time. There are around thirty-five programme breaks on a weekday on BBC One, and twenty-five on a weekend day - giving you around 225 programme breaks weekly. However, some of those are before children's programmes which are introduced by puppets and a completely different brand - so lets call it 200. 200 showings a week equals 10,400 ident showings a year. Say they last for four years like the last lot did, then that represents them being played out around 41,600 times. Which means they only end up costing something like £28 a showing.