Like the Sporting Century and Eurostars votes before, my team are running a multi-rating vote for Five Live, the results of which will form a major piece of programming. This year it is Five Live's Greatest Team of All Time, which will be counted down on a special programme on Christmas Eve.

The vote consists of three stages. First the users browse through a shortlist of 32 teams from various sports. The teams are listed alphabetically, and each team carries some sort of associated multimedia package. 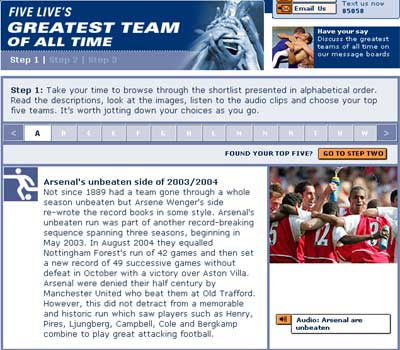 Once the user has browsed through the teams, they then move to stage two, where from the list of 32 they pick the five they want to vote for. 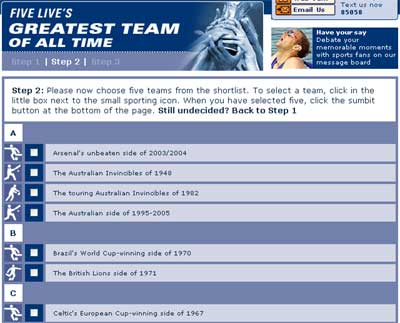 Finally they are asked to rate the five teams in order. 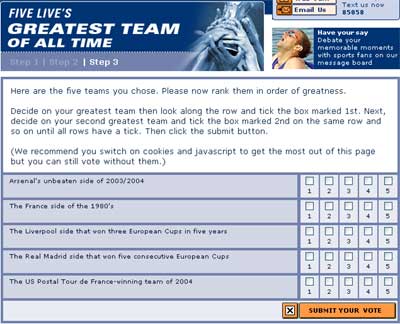 I've naturally voted for the successful Liverpool team of my childhood, supported the Tour de France by voting for the 2004 U.S. Postal team, and also voted for a couple of older teams that I suspect will be eclipsed in the final vote by the short attention span that always sees near contemporary releases voted amongst the top films or music of all time.

And sadly my genuine favourite team of all time, Tom Baker and Liz Sladen, wasn't nominated.